What Is Ghost of Tsushima

Ghost of Tsushima is an open-world action-adventure game released in 2020 by Sony Interactive Entertainment. It is the first real open-world Samurai game of AAA value. In October 2020, a multiplayer mode titled Legends was introduced. The Legends Mode later was made available separately in September 2021. The game was released for PlayStation 4 in July 2020.

It is one of Sony’s fastest-selling original games. To be specific, it has sold more than 9.73 million copies by July 22. Given that fact, a number of gamers wonder “is Ghost of Tsushima on PC”.  The content below shows you all the details about Ghost of Tsushima PC including its availability, release date, and requirements.

Also read: 11 Best-selling Consoles of All Time from PlayStation/Xbox/Switch

Is Ghost of Tsushima on PC

Yes, the answer is for sure. According to a statement made by Sony, bringing games to PC is pretty lucrative and limiting a game to one system is not profitable anymore, especially under the situation of PS5 shortage. Given that fact, Sony made recurrent retractions of the PlayStation Exclusive label lately. It means that some PlayStation-exclusive games are available on other platforms like PCs. For instance, Horizon Zero Dawn and Days Gone have become available on PCs. Hence, it is likely that Ghost of Tsushima will be available on PCs.

Considering from multiple aspects, Sony possibly releases the Ghost of Tsushima PC version. Amazon has been a peculiarly unexpected place to verify news about PlayStation ports. For instance, the “Only on PlayStation” label was removed from the boxart on Amazon when Zero Dawn and Days Gone were found to be moving to PC. 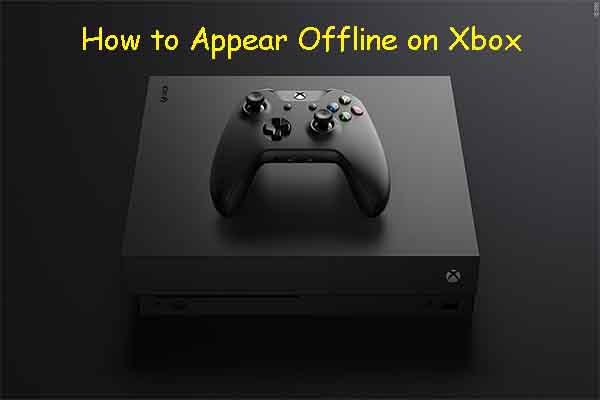 [Two Methods]: How to Appear Offline on Xbox One/Series X/S

Will Ghost of Tsushima Steam be available in the future? The possibility is big. There are several reasons for that.

What is Windows 10 Gamer Edition? How to get the Windows 10 gaming edition 2021? This post would make a reply. Explore the answers now.

Ghost of Tsushima PS4 is already available, so you can play it if you own a PS4/PS5 console. However, it is hard to get a console now due to card shortage and COVID-19. Hence, lots of gamers expect the release of Ghost of Tsushima PC.

How about the Ghost of Tsushima PC release date? Though Sony doesn’t announce that yet, you can guess that from some signals. For example, the PlayStation exclusive label is removed from the boxart of the official Amazon listing.

Apart from that, you can refer to some previous games that have headed to PC. God of War PC becomes available almost four years after its release on PlayStation, while Horizon Zero Dawn PC takes shorter time. On the other hand, they don’t want any of their releases to overlap, which can be learned from the meticulously arranged release dates of their ports. To be specific, Horizon Zero Dawn and Death Stranding were made available in 2020, while Days Gone was released in May 2021.

It was announced that Spiderman Remastered is heading to PC on August 12, 2022 at the recent State of Play held on June 3. Hence, the chance of releasing Ghost of Tsushima on PC in 2022 is small.  According to an educated guess, the Ghost of Tsushima PC release date is sometime in Q3 2023.

However, there’s no definitive release date to look forward to. The only thing that you can do is to wait patiently like other gamers. What’s more, the release could be coupled with the announcement of Ghost of Tsushima 2. It appears to be a monetary play by Sony. 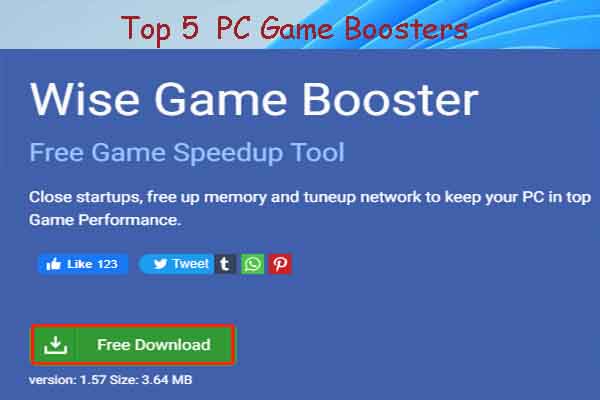 This post introduces you to game boosters for PC from Razer Cortex, itopvpn, WiseCleaner, IObit, and Samsung. You can pick one PC gaming booster from them.

Can You Play Ghost of Tsushima on PC

As PCs have a larger screen compared with PlayStation consoles, Ghost of Tsushima will look more beautiful than ever on PCs.

The Ghost of Tsushima PC requirements are not confirmed yet, so you can just take the following information as a reference.

Can you play Ghost of Tsushima on PC? The answer varies according to your computer specs. When your PC doesn’t meet the requirements, you can upgrade it by taking some actions. 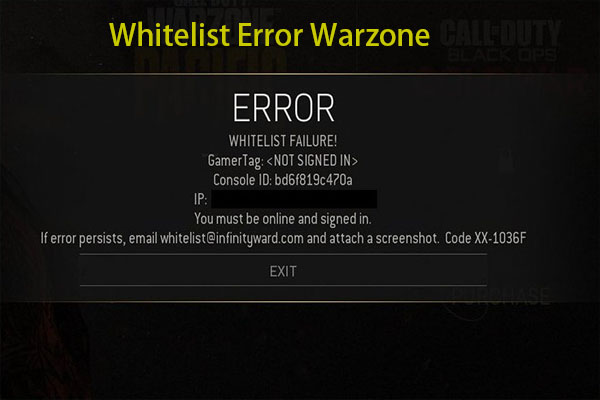 What to do if whitelist error Warzone occurs? Well, this post would provide you with some available troubleshooting methods.

What to Do If Your PC Doesn’t Meet the Requirements

Learning from the above, you need to get at least 40GB free space to play Ghost of Tsushima on PC. If your computer doesn’t have that space, you will meet lagging/freezing/crashing errors or even can’t play the game at all. How to get the required space? There are multiple ways to reach the purpose.

For instance, you can free up disk space by deleting unimportant and space-consuming files or apps. Alternatively, directly upgrade to a larger hard drive. If you don’t want to delete any data on your PC or have additional costs, try extending your partition to get the required space.

The built-in utility Disk Management can help you do that. However, its Extend Volume feature only works on RAW and NTFS partitions. It also needs adjacent unallocated space behind the partition to extend. Otherwise, you may receive the “extend volume greyed out” error.

Other factors can also cause the mentioned issue.

Then you can try an alternative solution: MiniTool Partition Wizard. It covers nearly all features of Disk Management and also offers some advanced features. How to enlarge your partition with this software? Here are the steps.

Step 1: Download and install MiniTool Partition Wizard by clicking the button below and following on-screen instructions after you run the setup file.

Step 2: Launch MiniTool Partition Wizard, and then right-click on the partition to expand and click Extend.

Step 3: In the pop-up window, choose unallocated space or a partition from the drop-down menu to take space. Then move the blue block to decide the amount of space you want to take. Finally, click OK to confirm the operation and tap Apply to execute the pending operation.

You can also apply the Move/Resize feature to extend the capacity of a partition only if there is adjacent free space to the target partition.

Step 3: In the prompted Move/Resize Partition window, drag the arrow icon to extend the size of the partition. After getting the desired partition capacity, click OK to save the changes. At last, click Apply to carry out the operation.

How to Increase Disk Space for Laptop? Try These Methods Now

Disk space is vital for the running of programs. However, you sometimes may don’t have enough disk space. This post tells you how to increase disk space.

For any thoughts about Ghost of Tsushima PC, you can share with us in the following comment area. If you encounter any issues while using MiniTool Partition Wizard, contact us by sending an email via [email protected]. We will make a reply as soon as possible.