Windows 10 docks can organize items on desktops and make a Windows computer look like a Mac. If you have such demands, you can get a Windows 10 dock app. Here, MiniTool Partition Wizard lists some recommendations for you.

Windows and Mac are the two main operating systems used on laptops. Check the difference between them by reading Windows vs Mac. If you recently switched from a Mac to a Windows PC, you may be not used to the Windows Taskbar. If so, consider installing a Windows 10 dock app as it will make your Windows like a Mac.

Additionally, Windows 10 docks can help you clean out the clutter on the computer and allow you to access apps, files, and folders easier.

It is one of the animated docks for Windows 10, enabling you to access and launch your favorite applications, files, and shortcuts quickly. It hides automatically when you don’t use it, and appears when you move your mouse to its position. ObjectDock includes the features below.

Nexus Dock is considered as the best dock app that can make your Windows 10/11 computer look like a Mac. To be specific, you will get a shiny, sleek, and user-friendly look after you use it. Through this app, you can set custom icons for the items you put in your dock.

In addition to Windows 10 docks, wallpaper themes of the system can make a Windows PC look like a Mac too. You can download and install macOS Windows 10 themes by referring to this post: [Full Guide] Best Windows 10 Themes: Download, Install, and Use

Nexus Dock can even be used as a replacement for the Taskbar because it can show the minimized and running programs and the System Tray on the right of the dock. Actually, it offers you more options than you would get with the Mac dock or Windows Taskbar put together.

This Windows 10 dock app comes with 80 special commands, weather forecasts, CPU, and RAM usage monitoring, email notifications, and so on. Besides, it provides you with shortcuts for the Windows Search bar, a fully functional recycle bin, and System Tray. It also offers shortcuts for internal commands to show or hide the Windows Taskbar, skip the audio track, minimize all open windows, etc.

You can even expect top usability from this Windows 10 dock app. It means that you can pin your favorite apps and programs by moving them to the dock with your mouse. Most of the features are available in the free version of Nexus Dock. With the paid version, you can get unlimited docks, personalized icons for the system tray, and other top-notch features. 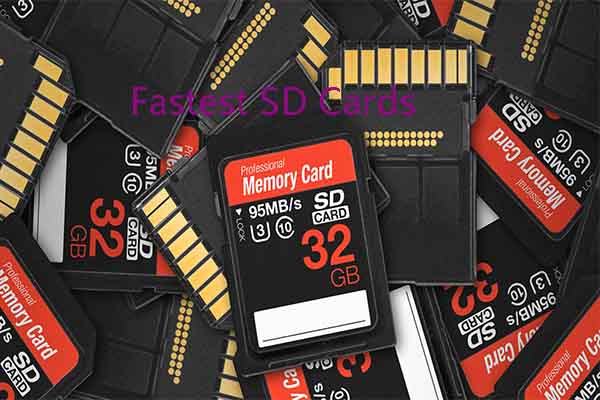 Are you searching for “SD card fastest” on the Internet? If you are, this post is what you need. It summarizes several certified fastest SD cards on the market.

Circle Dock is the best unique dock app for Windows 10 (both 32 and 64 bit). It doesn’t present on the screen at all times, so you need to activate it first before you use it. To do that, you can move your mouse or press Windows + Ctrl keys on the keyboard.

As its name indicates, Circle Dock allows you to arrange your shortcuts to apps, files, and folders in a circle with a single click. It means that you can see all your pinned items as soon as the dock opens. Furthermore, you are able to rotate through these items by using the arrow keys on the keyboard or the scroll wheel on the mouse.

Like most Windows 10 docks, Circle Dock allows you to drag and drop items to it too. However, you may find that it is difficult to add and uninstall apps on this dock. If you don’t want to install it, simply use its portable application.

You are allowed to customize the background and center buttons with any image you want. Being one of the best Windows 10 docks, Circle Dock supports virtual desktops and works with several monitor configurations.

Task Manager is a Windows built-in utility, which is important. However, some people still want to seek a Task Manager out of some reason.

RocketDock sits along the edge of the desktop and allows you to pin shortcuts to your most accessed apps, files, and folders with smooth zoom animations and other transitions. It comes with shortcuts to several commonly-used folders and Recycle Bin on your system.

Adding apps to RocketDock is difficult. You need to create a shortcut for an app and then drag it to the dock to add it. As it doesn’t work in tandem with the Windows Taskbar, you won’t see the app in the dock if you open it from the Start menu.

This Windows 10 dock app includes support for multiple monitors, running application indicators, and a range of positioning and layering options. Moreover, it is compatible with Windows launchers like RK Launcher, Objectdock, etc.

Though the developers of RocketDock have stopped working on it, it works on new systems like Windows 11, as well as Windows 7/8 and older builds of Windows 10.

Appetizer is an open-source dock app for Windows 10/11. It automatically imports your most-used apps from the Start menu and Taskbar during the installation process. It includes things like the ability to resize it, support for custom icons, plugins, and skins, etc.

Like other Windows 10 docks, Appetizer allows you to organize icons by dragging and dropping them. In addition, you can show or hide the dock with a hotkey. The drawback of this Windows 10 dock app is that it lacks updates after 2015, but the good news is that it works fine even on the latest Windows 10 builds.

Similar to Circle Dock, SliderDock has a few neat tricks up its proverbial sleeves. Differently, SliderDock enables you to add shortcuts to programs, files, and folders to each circular dock by dragging and dropping them onto the rings.

Likewise, you can rotate the icons in each ring by scrolling the mouse wheel or using keyboard shortcuts. Importantly, it is a free dock app for Windows 10.

If you are looking for docks for Windows 10, Material Taskbar is a good choice. It brings a secondary taskbar to your Windows system. It can contain your favorite software and system functions like Recycle Bin. It’s loosely inspired by the Android design style.

With much flexibility, Material Taskbar allows you to only see the icons or play with colors. You can even switch to monochrome style if you want.

If you want to clean up your computer, pay attention to MiniTool Partition Wizard. It is an ideal PC cleaner and computer optimizer. With this software, you can remove junk files and improve the performance of your computer.