What is the fastest SD card? If you have such doubts, find the answer by reading this post. Here, MiniTool Partition Wizard collects the specs of some SD cards fastest and shows you how to test their exact speed by yourself.

SD cards are widely used in our life. For instance, it can be used for Nintendo Switch, computers, cameras, Steam Deck, PlayStation, smart TV, etc. Various types of SD cards are manufactured to meet the demand of consumers. The requirements for SD cards vary in different cases. However, speed is always an important factor that should be considered while shopping for it.

What is the fastest SD card? You may want to know that like many other users. As a matter of fact, a lot of people search keywords like “SD card fastest” on their computers or mobile phones.

Before finding the SD card fastest, you need to have an overview of SD card Speed Classes. What are they? The section below will explain that to you.

Speed Classes are used to standardize the speed ratings for memory cards, which are come up with by the SD Association. They refer to the absolute minimum sustained write speed for SD and microSD cards. There are 3 types of speed classes.

The memory card is known as the original speed class with a “C” symbol on its appearance. Given that fact, this speed class is also referred to as C-Class. There are 4 ratings within the C-Class.

UHS (Ultra-High Speed) Speed Class memory cards are denoted with a “U” symbol. This SD card speed class mainly refers to the minimum sustained writing performance for recording videos. Compared with C-Class, it is used more commonly. It includes 2 ratings (UHS1 and UHS3).

At least U3-rated memory cards are required by many high-end cameras like 4K-capable video recording cameras. Two UHS bus interfaces make both U1 and U3 memory cards more advanced than those in Speed Class.

Both U1 and U3 memory cards can utilize the UHS-I bus interface, but they are not compatible with the UHS-II bus interface. Since the UHS bus interfaces are backward-compatible, you can use a UHS-II card in a device that supports UHS-I. However, you won’t enjoy the benefits of UHS-II because the card will use the lower specs of UHS-I by default.

According to your needs, choose the best SD card.

Video Speed Class is the latest speed standard for SD and microSD cards. They are made to enable higher video resolution and recording features such as multiple video streams, 360-degree capture, VR content, as well as 4K and 8K resolution videos.

Like the previous two speed classes, Video Speed Class is also denoted with a symbol (“V”). It includes 5 ratings.

It is capable of using both the UHS-I and UHS-II bus interfaces. UHS-II can be used in V6 to V90 speed class memory cards, but UHS-I is only available for V6 to V30 speed class cards. A higher-rated card that exceeds the speed class requirement for a device still works. Nevertheless, you can’t experience the full benefits of the higher class as the device only supports the lower speed class.

When you search keywords like “SD card fastest” on the Internet, you will get various results. Then you may wonder: what’s the fastest SD card? Well, here are some recommendations for you. Several verified fastest SD cards are listed as follows.

The specs and features of this SD card are collected in the section below.

Thumb Drive VS Flash Drive: Compare Them and Make a Choice

How to Test the Write/Read Speed of SD Cards

The write/read speed of an SD card can be learned from its ad, but sometimes you may find it’s not accurate. In addition to that, you might want to perform an SD card speed test due to other reasons. Well, you can do that with the help of a professional tool like MiniTool Partition Wizard.

Actually, this partition manager allows you to test the speed of various devices connected to a Windows PC like HDD, SSD, SD card, USB flash drives, etc. Thanks to its powerful features, it is regarded as a replacement for disk benchmark software like Blackmagic Disk Speed Test, Intel SSD Toolbox, As SSD Benchmark, etc.

To test the speed of your SD card with this tool, simply follow these steps.

Step 1: Download and install MiniTool Partition on your computer, and then launch it to enter its main interface.

Step 2: Plug your SD card into your Windows PC.

Step 3: Click the Disk Benchmark option on the toolbar.

Step 4: Select the drive letter of your SD card from the Select a drive drop-down menu.

Step 5: Based on your demands, configure the parameters below and then click Start. If you don’t have specific requirements, simply follow the default settings and start the process by clicking the Start button.

Step 6: After the test process ends, it shows you the result in a graphical table. Then you will see the exact read/write speed of your SD card. 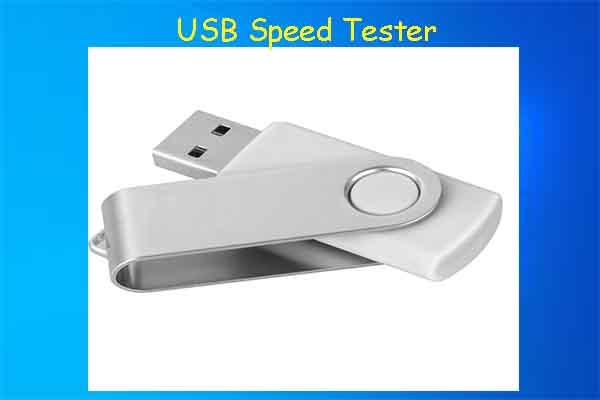 If you are going to test USB speed, please pay attention to the USB speed testers in this post. They can help you test the read and write speed of your drive.

What is the fastest SD card? If you are curious about it, read this post now. It offers you a list of SD card fastest. Besides, it tells you how to test the read/write speed of an SD card.Click to Tweet

This post introduces 3 main SD card Speed Classes and 5 fastest SD cards. Besides, it also provides you with steps to test the write/read speed of SD cards with MiniTool Partition Wizard. If you have any questions about the topic “SD card fastest”, tell us in the comment area below. For any issues with our software, contact us by sending an email via [email protected]. We will make a reply as soon as possible.

What are the fastest MicroSD cards?

As of 2022 December, the top 7 fastest MicroSD cards are:

What are the fastest CF cards?

Here are the top 10 fastest CF cards by read/write speed.

What is the fastest XQD card?

The Sony XQD G Series Memory Card is regarded as the fastest XQD card. The specs of this card include the items below.