This essay focuses on computer storage devices and introduces their definition & function, types & examples and how to put it into usage. To learn more information about storage devices, you can visit MiniTool partition software website.

With the storage devices for computers, you can write data into them, carry data by them, and read data through them. A storage device is one of the basic and necessary components/elements of a computer (desktop, laptop, notebook or tablet). Except for hardware firmware, it contains almost all data and applications on a computer.

Related article: Different Types of Hard Drives: Which One Should You Choose

In contemporary use, “memory” is usually read and write random-access memory (RAM) of semiconductor storage like dynamic RAM (DRAM) and Static RAM (SRAM). Based on the speed, “memory” is divided into processor registers (fastest yet smallest), processor cache, and main memory (slowest yet largest) with registers and cache memory locate inside of the CPU.

While “storage” consists of storage devices and their media aren’t directly accessed by the CPU, such as hard drives and optical disc drives.

Memory vs. Storage: Differences and How Much Do You Need?

Do you know the differences between memory and storage? This post introduces memory vs. storage - their definition and how to check them.

The lower a storage is in the hierarchy, the lesser its bandwidth and the greater its access latency is from the CPU. This divides storage into primary, secondary, tertiary and off-line storage.

Primary storage, also called a prime memory, main memory or internal memory, is often referred to as memory. It is the only directly accessible storage to the CPU, such as RAM and ROM (Read-only Memory). The CPU continuously reads instructions saved in the primary storage and executes them as required. All data actively operated on are also saved there in a uniform manner.

Tertiary storage, also called tertiary memory, is a level below the secondary storage. Typically, it involves a robotic mechanism that mounts and dismounts removable storage media into computer storage devices under the system requirements. Such kind of data is usually copied to the secondary storage before being used.

Offline storage is a kind of computer digital data storage on a media that isn’t controlled by the CPU. The media is usually recorded as a secondary or tertiary storage device and be physically removed or disconnected from its attached computer. To access it again, you must insert or connect it to your computer.

At the beginning of the 21st century, a kind of non-volatile floating-gate semiconductor memory known as flash memory became popular as offline storage. It is also used as secondary storage with an example of SSD.

This post introduces all RAM types to you, including SRAM, DRAM, SDRAM, DDR SDRAM, and RDRAM.

Magnetic storage media makes use of different patterns of magnetization on a magnetically coated surface to contain data. It is non-volatile. The data stored within are read via one or more read/write heads that may include one or more recording transducers.

The magnetic head only reaches a part of the media surface. Thus, the head or medium or both must move relative to another to reading data. Below is a list of storage devices of computer of magnetic type:

Floppy disk vs hard disk, which is more suitable for you? You should compare them from several aspects and then make a choice. Now, let’s begin.

Typically, optical computer storage devices refer to optical discs. They save data in deformities on the surface of a circular disc. To access the data on an optical disc drive, computers illuminate its surface with a laser diode and observe the reflection.

Optical disc storage is non-volatile. The deformities can be permanent (read-only media), formed once (write once media), or reversible (recordable or read/write media).

Tip: The above only list the common items in modern times, unpopular or discontinued ones are missed.

How to Make Use of Computer Storage Devices?

Though computer related storage devices are mainly for storing digital information, different types are used in different situations and they are in different shapes & sizes depending on the needs and functionalities.

Usually, the primary memory storage is used to store the data directly used by the CPU; The secondary internal storage is used for saving digital data frequently used in your daily life; the tertiary storages are served as mass storage devices of computer; while the secondary external storage, off-line storage, some flash memory storage and online/cloud storage are used for carrying data for transferring. 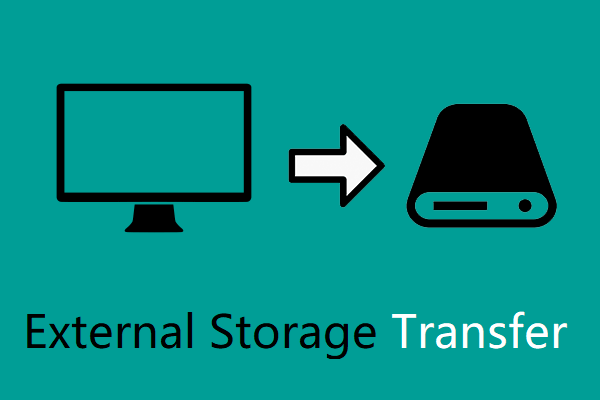 If you get a new data storage device, an external hard drive, for instance, the first thing you should do is to format it properly for future use. Here, you need a professional and reliable software like MiniTool Partition Wizard. Download and install it on your computer, install your drive into your machine and launch the program.

Step1. In the main screen of Partition Wizard, find the target disk, right-click on it and select Initialize GPT Disk (or Initialize MBR Disk). It depends on the original type of your hard drive.

Step 2. Preview the change and confirm it by clicking Apply on the bottom left.

Step 3. When the initializing process finishes, right-click on the unallocated space of the hard disk again and choose Create.

Step 5. Once again, check for the change the creation will make. If there is no problem, just click Apply on the lower left to carry out the partition creating task.

Until now, you are able to make full use of the formatted computer storage device either for storage function or for tool function.

Backup Your System Disk with the Formatted External Hard Drive

Once you get your external hard drive ready following the above guide, you can continue to back up your operating system disk with it under the help of MiniTool Partition Wizard.

Step 2. In the pop-up window, select the external hard disk as the destination of the system backup image.

Note: All data on the target disk will be wiped out or overwritten if there is any.

Step 3. You need to select a copy option to go on. If the destination disk is an SSD, you are recommended to check “Align partition to 1 MB” to improve the performance of your SSD.

Step 4. Similarly, have a look at the pending operations that are going to be carried out. If everything is what you wish, just click Apply to start the process.

Tip: The tenth pending operation “Update Disk 3 Boot Configure” is to make sure the copied system bootable on the new disk.

Wait until the backup progress finishes. Then, you may reboot your computer into BIOS, change its first boot device from the current disk to the new drive, and try to boot up your machine to see whether you can make it or not. It should be successful if you just do as the above guidance.

Besides, you can also use the external hard drive as a bootable device by creating it as a bootable media still with Partition Wizard.

That is all about computer storage devices and their advantages. If you still want to know something about it, either leave a message in below comment part or directly contact our support team at [email protected].

Why need computer storage devices?
Without a storage media, a computer can’t save any necessary data. Thus, it cannot remember anything just like a dumb box. Without data storage, the computer can’t do simple tasks such as open a document, watch a video, take a screenshot and so on.
What are the famous computer storage device manufacturers?
As for different types of storage devices, the manufacturers are unlike. For RAM, the top 5 manufacturers are Corsair, G.Skill, Micron, OCZ and Mushkin. For HDDs or SSDs, popular brands are Seagate, Western Digital, Toshiba, etc. And, for USB flash drives, there are SanDisk, Samsung and Kingston.
What are the best/latest storage devices of computer?
Currently, the storage devices are used by most computer users are RAM, HDD, SSD, RAID, NAS, cloud storage. The latest storage technologies are NVMe (Non-Volatile Memory Express), flash memory, all-flash arrays (AFAs), 3D optical data storage and light-induced magnetization melting in magnetic photoconductors.