When talking about storage manufacturers, you must have heard of Seagate and Western Digital. What the differences between the two companies’ storage devices? Who makes the most reliable hard drives? If you don't know, this article from MiniTool will show you the answers.

Most of you have heard of Seagate and Western Digital, but how much do you really know about them? Before I show you the comparison of Seagate vs Western Digital from several aspects, I’d like to show you some basic information about the two companies. Now let’s have a look together.

Seagate Technology PLC is an American data storage company. It was founded in 1978 as Shugart technology. Since 2010, the company has been incorporated in Dublin, Ireland, with its operating headquarters in Cupertino, California, USA.

In 1980, Seagate developed the first 5.25-inch hard disk drive (HDD). In the 1980s, they became the main suppliers of microcomputers. Today, Seagate and its competitor Western Digital dominate the hard disk market. And their main products include Desktop HDD, Laptop HDD, Enterprise HDD, Archive HDD, SSD and so on.

The growth of Seagate was largely achieved by acquiring competitors. In 1989, Seagate acquired the Control Data Corporation’s Imprimis division which is devoted to making HDD products. In 1996, Seagate acquired Conner Peripherals. Then Seagate acquired Maxtor in 2006 and Samsung's hard disk business in 2011.

Now, Seagate is a global leader in data storage solutions. It develops amazing storage products that enable home and business users around the world to create, share and save their most critical data.

Western Digital has a long history in the electronic industry. The company was founded by Alvin B. Phillips in 1970 and was headquartered in Irvine, California. Now they have moved its headquarters to San Jose, California.

Now the main hard disk manufacturers are only WD and Seagate, indicating that the hard disk industry has entered the era of oligarchy. And many users will compare the two brands when choosing a storage device such as SSD, HDD. So today, I will show you the differences of Seagate vs Western Digital on storage devices.

When you want to upgrade hard drive, choosing a high-performance and reliable hard drive is essential. Any drive you buy today will fail eventually, but the more reliable your drive is, the longer you should be able to use it. So the reliability is an essential factor.

Western Digital is the hard drive manufacturer that many users prefer for traditional platter drives. Many people have been using WD hard drives for years. And they assume WD hard drives have terrific reliability with very low failure rate.

However, according to a study from BackBlaze, it shows that Western Digital’s drives were overall the least reliable among HGST, Seagate, Toshiba, and Western Digital. Is that true? Well, hard disk drive failures vary by brand, model, and capacity. These numbers are found only when the manufacturer is considered regardless of the model and capacity. So these numbers are not 100% percent accurate.

Whatever the reliability, you may occasionally encounter WD or Seagate hard drive failure as not all hard drives are created equal. You can have drive failure from any manufacturer. So, no matter what drive you are using, the best way to protect your valuable data is to make a backup.

How Do I Backup Partition with the Best Partition Manager

Are you looking for a free backup software? The partition manager MiniTool Partition Wizard is able to backup partition or backup disk in just a few clicks.

As for the HDD speed, I see such an analogy on the Internet: Seagate and the Western Digital are like two people of completely different character. Seagate is a young man in pursuit of superior performance. While the Western Digital is more like an old man with rich experience who does not pursue speed but pursue the reliability.

The read-write speed of Western Digital HDDs is a little slower compared with Seagate, but it is more suitable for storage due to its good stability and durability.

If you want to test their read write speed, a free disk benchmarking tool is recommended – MiniTool Partition Wizard Free Edition, which can help you test hard drive sequential and random read/write speeds. If you want to perform Seagate/Western Digital HDD benchmark, download one now. 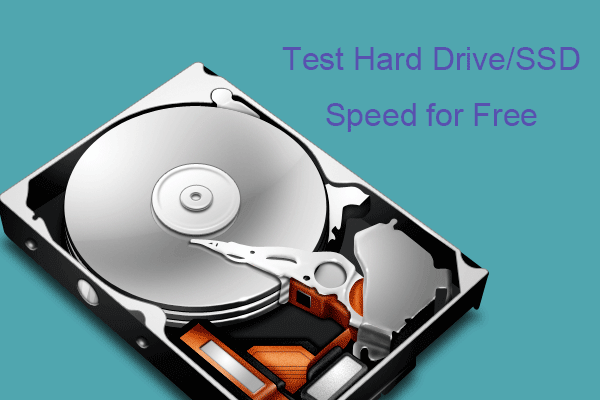 When talking about capacity, Western Digital impressed us, as it was the first one who introduced 2TB SATA hard drives to us. And its capacity of hard drives is ever increasing. In October 2017, Western Digital shipped the world’s first 14 TB HDD, the helium-filled HGST Ultrastar Hs14.

As for Seagate, it has desktop-class drives with a capacity up to 10TB. And the capacity of this drive is not the largest. Its internal hard drive Seagate BarraCuda’s Pro version has a capacity of 14TB, which enables you to store more games, movies, and music than ever before.

Both Western Digital and Seagate can satisfy your need on hard drive capacity. In this case, when picking up a hard drive from the two companies, you can focus on other critical factors such as price, performance, reliability and so on.

Both Western Digital and Seagate were initially reluctant to invest in SSDs, but now they all offer speedy solid-state drives.

In the new NVMe series, Firecuda 510 is the one that makes Seagate stand out in the competition. Western Digital Black 3D NVME is not as fast as Firecuda 510, but its price is higher.

Seagate is currently leading the way in larger internal storage and speed competition, although the gap is small. Western Digital still has a place in the middle and low-end market.

External storage is important and necessary for users who want to backup internal drives. The following will show you three kinds of external storages.

This article will show you the specifications, excellent features of the gaming dirve WD My Passport X 2TB Portable Hard Drive. Check out this post now.

If you are a photo or video editor, or a movie buff, a portable drive may not satisfy you, as you will need several terabytes of space to store large media collections. In this case, you can consider a desktop-class drive.

If you want to choose a desktop-class drive, WD My Book Duo Desktop drive is a good choice. The desktop drive has up to 28TB capacity in RAID 0 or RAID 1 configurations. As for Seagate, they can provide 10TB of storage from a single-drive Backup Plus Hub or Expansion Desktop.

Both desktop drives have mass storage for photos, videos, music and document backups. However, if you want to do 4K or even 8K video editing, or backup other massive media collection, Western Digital is your best choice.

NAS devices seem to be an afterthought for Seagate. Why? Because Western Digital offers the My Cloud Pro and Expert lines in up to 40 TB but Seagate currently does not have a first-party NAS server. Instead, they choose to produce NAS-designed drives, with the IronWolf range in up to 14TB.

Nowadays, My Cloud offers build-in support for Plex Media Server. This organizes your library and allows streaming to any enabled device - smartphones, Chromecast, PlayStation 4 and more, which is very convenient. While Seagate drives can be merged into NAS servers and used in the same way, they do not have high-capacity servers with similar capabilities.

In this case, Western Digital is your best choice when you want to choose wireless storage products or use cloud storage.

After reading this post, you should know the pros and cons of Western Digital vs Seagate in terms of storage. Both of them are very good HDD brands. If you need to upgrade your HDD/SSD or backup your disk to an external device, you need to utilize a piece of disk cloning software. And MiniTool Partition Wizard can be your best choice.

MiniTool Partition Wizard is a reputable partition manager & disk cloning software. It can help you to migrate OS to SSD/HD, backup disk or partition, move/resize partition, convert MBR disk to GPT, and convert FAT to NTFS and so on. All of these operations can be performed with extremely simple procedures, so you don't need to worry about how to use.

This article explains how to use WD cloning software to clone Western Digital hard drive to SSD/HDD.

And the following will show you the detailed steps on how to upgrade SSD/HDD without data loss or backup hard drive with the help of MiniTool Partition Wizard. Note that if you want to backup system related partitions or upgrade system disk, MiniTool Parition Wizard Pro Ultimate is required. After connecting the target disk to your computer, you can follow the steps below:

Step 1. Get MiniTool Partition Wizard by clicking the following button. Install it on your computer, launch it and get the main interface.

Step 2. Select the disk you want to copy and choose Copy Disk from the left panel.

Step 4. Review the changes you are going to make and click Next to go on.

Step 5. Read the note about how to boot from the destination drive. Then click Finish.

Step 6. At last, click Apply to allow the pending operations.

With the assistance of MiniTool Partition Wizard, I successfully upgrade my old drive to my new WD drive. I’d like to share the disk cloning software with my friends.Click to Tweet

If you have encountered any issue when using MiniTool Partition Wizard, you can leave a message on the following comment zone and we will reply as soon as possible. If you need any help when using MiniTool software, you may contact us via [email protected].

Is Western Digital Seagate?
Western Digital is not Seagate. Seagate and Western Digital (WD) are both well-known American computer hard disk manufacturers and data storage solution providers. They are two giants that dominate the hard disk market. Western Digital does not belong to Seagate, and vice versa.
Is WD more reliable than Seagate?
Many users report that Western Digital HDDs are more reliable than Seagate hard drives. But, regardless of reliability, you may occasionally encounter WD or Seagate hard disk drive failure because there are many factors that can cause disk failure. (Here Are 6 Signs Indicating Hard Drive Failure, Check out Now)
Is Seagate a good brand?
As one of the global leader in data storage field, Seagate is a very good and reliable hard disk brand. Now the products of Seagate technology mainly includes Desktop/Laptop HDD, Enterprise HDD, Archive HDD, SSD and so on.
Is Seagate owned by Samsung?
Seagate acquired Samsung's hard disk business in the year of 2011, so Seagate is not owned by Samsung. On the contrary, Samsung's HDD business is owned by Seagate.