LGA 2011 CPU socket supports DDR3 and DDR4 SDRAM channels with up to 3 registered or unbuffered DIMMs per channel, as well as up to 40 PCI Express 2.0 or 3.0 lanes. The memory controller and the 40 PCI-E lanes are integrated on the CPU; and, on a secondary processor, an extra x4 PCI-e interface replaces the DMI. Be the same as its predecessor Socket LGA 1366, LGA 2011 has no provisioning for an integrated graphics card. LGA 2011 also has to ensure platform scalability beyond 8 cores and 20 MB cache.

LGA 2011 is used by Ivy Bridge-E/EP and Sandy Bridge-E/EP processors with the corresponding X79 (E – enthusiast-class) and C600-series (EP – Xeon class) chipsets. Together with LGA 1155, they are the 2 last Intel sockets that support Window XP and Windows Server 2003.

LGA 2011 was succeeded by LGA 2066 in high-end desktop and workstation platforms, and inherited by LGA 3647 in server platforms. The Xeon E3 processor family was renamed Xeon E later and uses consumer-grade sockets.

The above two updated socket generations are similar to LGA 2011 physically. Yet, they have different electrical signals, independent loading mechanism (ILM) keying as well as the integration of the DDR4 memory controller rather than DDR3 prevent backward compatibility with older CPUs. 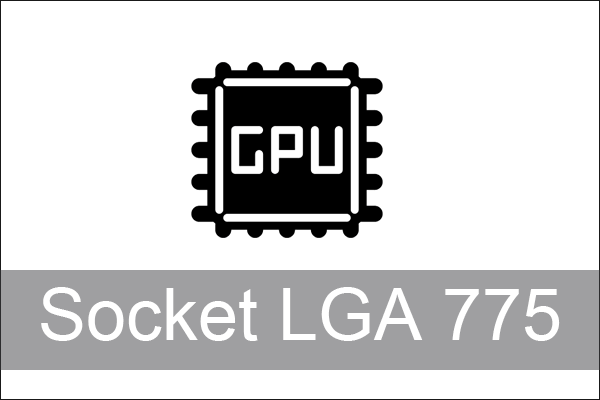 This post consists of information about Intel desktop CPU socket LGA 775 and its compatible processors, chipsets as well as motherboards.

The following are CPUs that are compatible with socket LGA 2011 and its updated versions for desktops and servers respectively.

Below are 3 examples of popular motherboards of LGA 2011 by different motherboard manufacturers.

This system board’s CPU type is Core i7 (LGA 2011) and its chipset is Intel X79. It supports DDR3 and has 8x240pin memory slots with up to 64GB memory and quad-channel supported. The expansion slots of this motherboard are PCIe 3.0x16 and PCI-E x1. Its storage devices use the SATA interface of up to 6Gb/s speed; and its panel ports are of USB 3.0.

This dual LGA 2011 motherboard is of four-channel memory architecture and all-new digital power control for the memory and CPU. It supports PCI-Express 3.0, UEFI dual-BIOS technology, Gigabyte Bluetooth 4.0 and WiFi card for data transfer.