The word "SATA" is usually related to hard drives. You may heard of words like SATA hard drive, SATA SSD, SATA HDD, M.2 SATA SSD, etc. Then, what does SATA stand for in these words? Some people may ask this question. In this post, MiniTool Partition Wizard will explain SATA meaning to you.

What Does SATA Stand For?

SATA (Serial AT Attachment) is a computer bus interface. To explain it clearly, I assume a situation where, for example, you are going to buy a hard drive for your computer. In this case, you should do the following things:

Bus is a standard usually related to the physical structure of an interface. As we all know, data transfer between two devices are completed via a common communication trunk composed of wires. Then, the Bus standard specifies things like the number of wires (pins) an interface uses, the layout of the wires, each wire's functionality, each wire's signal transfer method, etc. 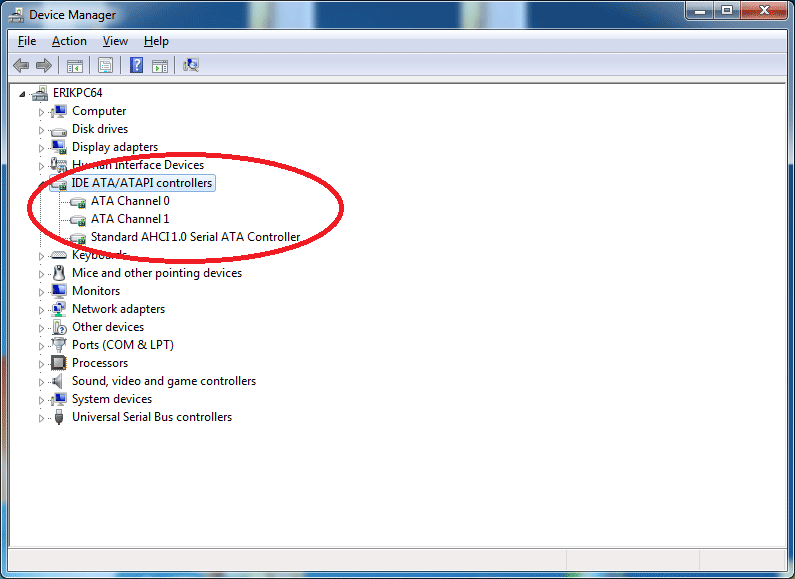 SATA vs. IDE: What Is the Difference?

Why do you need to do this step? The reason is that some hard drives and computers use SATA Bus, but they don't use physical SATA port. A good example is M.2 SATA hard drive. This hard drive use SATA Bus but use M.2 port.

Pros and Cons of SATA

Although SATA has developed to SATA 3.4 version, the most widespread interface is SATA 3.0, whose speed is 600 MB/s. Compared to previous PATA interface, SATA interface has the following advantages:

However, since SATA 3.0 was released in 2008, it has been for more than 10 years. Nowadays, with the popularity of SSD, SATA 3.0 speed may not meet some users' demands. Some people wonder whether it's time to upgrade from SATA SSD to NVMe SSD.

In general, Bus determines protocol. Protocol is a data transfer method tailored for the Bus. With the protocol, the Bus can transfer data more effectively. The speed of a SATA 3.0 interface with AHCI protocol is 600 MB/s.

However, SATA Bus (SATA 3.0) and AHCI protocol are tailored for HDDs. They will limit the speed of an SSD. To take advantages of SSDs (flash memory), more and more SSDs are using the PCIe Bus, the NVMe protocol, and the M.2 form factor.

SATA vs. NVMe. Which One Is Your Best Choice?