Is Valorant on PS4? If you wonder that like plenty of other gamers, you come to the right place. MiniTool would focus on the topic of Valorant PS4/PS5/Xbox in this post. Simply put, you will learn whether you can play Valorant on PS4/PS5/Xbox from the tutorial.

Valorant, a tactical first-person shooter video game, is popular with gamers since its release in 2020. It attracts thousands of gamers on platforms like PS4, PS5, Xbox One, Xbox Series X/S, and Nintendo Switch. If you are a PS4/PS5 or Xbox user, you may be interested in this topic – Valorant PS5/PS4/Xbox.

Can you play Valorant on PS4? Well, this question would be talked about in this post.

Is Valorant on Mobile Devices

A Valorant mobile version (on iOS and Android devices) will be available in the coming future. Anna Donlon, a developer of Riot Games, confirmed that a mobile version is under development now and would be announced soon. However, the specific release date is not announced.

Anna Donlon also declared a PS4 or PS5 port of the game won’t come until after Valorant mobile releases. Hence, the most optimistic estimate for Valorant’s console release would possibly be in late 2022. In practice, the time needed to complete a satisfactory port of the game is longer than that. She said that the transition from PC to consoles wasn’t good for Valorant.

Is Valorant on PS4 and PS5

You will have an overall understanding of this part by reading the questions below.

Is Valorant on PS4?

Many people are not optimistic about the development of the Valorant PS4 version, while some people claim that it’s very possible to get Valorant on PS4. They have their own reasons. For opponents, they hold the view that it is hard to develop Valorant console ports. Besides, PS4 is an old console.

The gameplay of Valorant is designed for PCs, which allows gamers to have pinpoint accuracy and compensate for intense recoil with a mouse. Nevertheless, this is hard to recreate on controllers even though a few changes could make the game more accessible on other platforms.

As for supporters, they believe that the Valorant PS4 would be available because of the number of PS4 users. Can you play Valorant on PS4? It’s unclear now.

Is Valorant free on PS4?

It is possible. Valorant is free on PCs now, so it is also possible to get Valorant on PS4 for free.

Will Valorant PS5 be available in the future?

It is likely to get the Valorant PS5 version if Valorant comes to consoles. Besides, it may also be available on consoles like Xbox Series X and Series S. 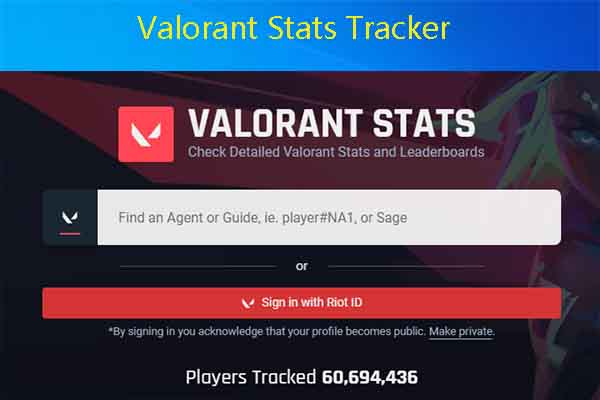 If you are looking for a Valorant tracker, this post is what you need. It lists the top 4 Valorant stats trackers and their corresponding features.

Is Valorant on Xbox

The current answer is no, but Riot Games announced that Valorant will come to Xbox platforms with a day-and-date launch on Xbox Game Pass according to the recent Xbox and Bethesda showcases. Rumors speculate that the release date is Q3 2022.

Though the computer is the preferred platform for almost all first-person shooters, Overwatch and Apex Legends have both been faithfully recreated on consoles. The degree of aiming precision is the difference between Valorant and other games. To be specific, Valorant always requires that precision, while most FPS games that have been ported to consoles only need it sometimes.

Though Riot has hinted at the potential of a console version for Valorant, it’s unknown if it will ever happen or if it will be available on older consoles like PS4. However, it doesn’t mean Valorant will never appear on PS4 or other consoles. Is Valorant on PS4? The answer is unsure.

MiniTool Partition Wizard is regarded as the best partition manager for Windows 11/10 PCs. It can help you manage your hard disks effectively and safely. In addition to built-in hard disks on the computer, it also allows you to manage connected storage devices like HDD, SSD, SSHD, USB flash drive, and SD card on the PC.

With this partition managing tool, you can check hard drive for errors, increase disk space, perform hard drive speed tests, migrate OS to SSD/HD, copy disk, recover data/partition, and so on. If you have demands like that, apply MiniTool Partition Wizard now.