This introduces 2 Xbox 360 internal hard drives and 4 Xbox 360 external hard drives for you. In addition, this post also gives you guides on how to format and upgrade these drives. With MiniTool Partition Wizard, you can clone disk and create a 2TB partition or Xbox 360.

An Introduction to Xbox 360 Console

The Xbox 360 is Microsoft's second-generation home console. On April 21, 2016, nearly 10 years after its launch, the Microsoft Xbox 360 game console was discontinued. But Microsoft asserted that it will continue to provide hardware and software support for the existing Xbox 360.

The Xbox Live server will continue to be used by the Xbox 360, and users can still play online through the host. Microsoft will also continue to sell the existing Xbox 360. The latest Xbox 360 operating system update is released on Aug 21, 2019. This update fixes some minor bugs and improves some items.

Today, some people still like to use Xbox 360 because some games may be compatible only with Xbox 360. Although Xbox One has introduced the downward compatibility plan and you can plan some Xbox 360 and Xbox classic games on Xbox One, there still may be some games not participating in this plan.

Tip: To check whether your favorite Xbox 360 games are compatible with Xbox One, please click Xbox One Backward Compatible Game Library.

Xbox 360 console has several series, including Xbox 360 E, Xbox 360 S (namely Xbox 360 Slim), Xbox Premium, Xbox Elite, etc. These Xbox 360 consoles are all equipped with a hard drive not exceeding 250 GB, which obviously can't meet the demands of gamers. In addition, to use some series like Xbox 360 4G E and Xbox 360 4G S, you need to purchase a separate hard drive.

So far, 500 GB is the biggest capacity for Xbox 360 E and Xbox 360 S internal hard drive. You can install game discs directly to the hard drive to enjoy faster game loading.

This drive is an official product from Microsoft, so you should not have any problems. You can buy this 500GB internal hard drive for Xbox 360 E and Xbox 360 S in Amazon.

This drive is only compatible with the Fat console, not the Slim console. If you search in Amazon, you can find this drive with a capacity up to 320GB. Please check whether it is an official product before you pay for it.

Tip: These drives can be used on Xbox One and Xbox 360. Xbox 360 users should purchase a 2TB drive version because the Xbox 360 only accepts up to 2TB of external storage. When you use these drives in Xbox 360, the drives may need to be formatted. Click here to know more.

It offers a capacity up to 4TB, which allows you to store more than 100 Xbox games. It supports USB 3.0 connectivity and plug and play function so that you can start the game in seconds. The warranty period is three years.

In addition, with over 2 months of Xbox Game Pass trial membership, you can access to more than 100 games. It also supports USB 3.0 connectivity and 3-year warranty.

Gears presents a bigger, bolder universe, so you may need a bigger, bolder hard drive to hold it. The Game Drive for Xbox Gears 5 Special Edition with 2TB capacity that can store more than 50 games can meet your needs.

In other aspects, the Game Pass Special Edition drive is same as the above mentioned drives, for example, USB 3.0 connectivity and 3-year warranty.

So, if you are using the cracked version, you'd better not connect the network.

Sometimes, you may receive a message like "This game requires an Xbox hard drive" or "You need an Xbox 360 Hard drive to play (a game name)". If you still want to download this game without buying an official Xbox 360 hard drive, you can use a thumb drive or USB drive to download it.

This post shows you how to upgrade your hard drive without reinstalling the program and would not bring any damages to the original data.

How to Format Xbox 360 Hard Drive

Sometimes, you may encounter a situation where you have to format your Xbox 360 hard drive, for example, the hard drive can't be recognized by the console; you want to use a USB flash drive as an Xbox 360 storage device and store up to 2 terabytes (TB) of content, etc.. In a situation like these, you should format the Xbox 360 hard drive. Here are two ways you can refer to.

If you want to format an internal hard drive, please follow the steps below:

Tip: If prompted to enter your console serial number, please do so and then select Done. This step will help guard against accidental formatting.

If you want to format a USB drive, please follow the steps below:

Format Drive in a Computer (take Windows 10 as an example)

Tip: When you format the drive in the computer, please choose FAT 32 file system, which is the only file system format that can be recognized by the Xbox 360 console.
Note: When the partition exceeds 32 GB, you can't format it to FAT 32 in Windows Disk Management. Instead, you can use MiniTool Partition Wizard to format it. In addition, if you want to create just one FAT 32 partition on the 2T external hard drive, you can use MiniTool Partition Wizard to complete this.
What Is FAT32 Partition Size Limit and How to Break It?

How to Upgrade Xbox 360 Hard Drive

If you want to upgrade your Xbox 360 to a larger internal hard drive, you can refer to the following steps.

Step 1: Connect the new drive to your Xbox 360 console through an Xbox 360 hard drive transfer cable.

Step 2: Use the Transfer Content option to move multiple items between storage devices.

Tip: If the destination storage device doesn't have enough space for the content you're trying to transfer, the Space Available bar will change to red, indicating that you need to reduce the amount of content that you're transferring.

If the above method fails, you can try cloning disk in computer with MiniTool Partition Wizard. To do that, please refer to the following steps.

Step 1: Connect the two drives to a computer through a cable.

Step 2: Download MiniTool Partition Wizard and launch it to go to its main interface.

Step 3: Right-click the source disk and choose Copy. Then follow the wizard to copy the content to the target disk. At last, please remember to click Apply button to execute the pending operations. 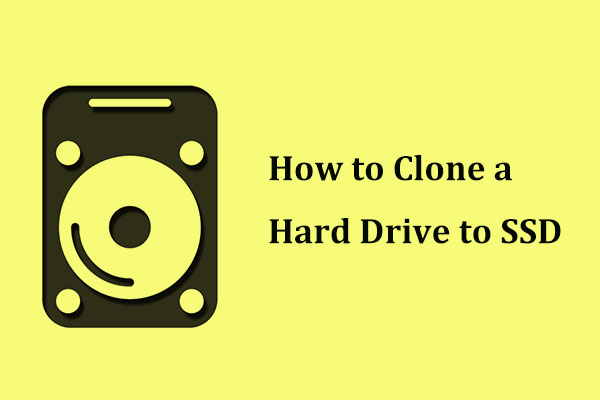 After that, you can replace the old disk with the new Xbox 360 hard drive.

Don't know which Xbox 360 hard drive is suitable for you? You may need help from this post.Click to Tweet

The official Xbox 360 hard drive will allow backwards compatibility, which allows you to play the original Xbox games. However, other hard drives just add extra space.

Seagate Xbox 360 hard drives may be your best choice. They include: