As you can’t directly play PS2 games on PCs or smartphones, you need to install a PlayStation 2 emulator on the devices first. In this post, MiniTool collects top 6 PS2 emulators for PC/Android/iOS.

PS2 is one of the best-selling consoles of all time. Even so, many gamers still want to play PS2 games on PCs. To do that, you need to prepare a PS2 emulator for PC. If you play the games on smartphones, get a PS2 emulator Android instead.

In this post, top 6 PS2 emulators for PC/Android/iOS are summarized. Pick one from them to play PS2 games on PC, Android, or iOS devices now.

PCSX2, a free and open-source PS2 emulator, is compatible with Windows, Linux, and macOS. It uses a combination of MIPs CPU Interpreters, Recompilers, and a virtual machine to emulate the hardware of PS2.

This PlayStation 2 emulator has achieved almost 100% compatibility for games (including 2691 games) except Its Real Gold World due to controller limitations. Speaking of controllers, PCSX2 is compatible with all controllers (like PS3, Xbox 360, Logitech, and so on) only if the PC supports them.

PCSX2 also includes extra improvements to the PS2 including anti-aliasing, texture filtering, and user-specified resolutions up to 8192 x 8192. These features can make all your old games look slicker and much cleaner. Additionally, this PS2 emulator for PC enables you to share PS2 gameplay by using the built-in HD recorder.

Apart from that, you can enjoy the benefits below on PCSX2.

As one of the best PS2 emulators, PCSX2 has been running for about 20 years. Previous versions could only run a few public domain game demos, but newer versions can run most games at full speed. To get the PCSX2 download, click on the link below.

PS2Emu, a PlayStation 2 emulator, works with both Windows and Linux. The graphical interface of PS2Emu is pretty basic and might not be suitable for novice computer users to operate. This PlayStation 2 emulator has a full-screen only mode with a different video output (game) window for playing.

It is one of the best PS2 emulators, but it is in the experimental stage with development done on a weekly basis.

xResolver: Both an Xbox Resolver and PSN Resolver (What + How)

What is xResolver? Well, this post would tell you its basic information, features, use, and alternatives. Besides, you can get some additional information.

The recent updates of AetherSX2 is helpful for improving performance. For instance, you are allowed to push your device to the limit and get even better frame rates from the games you like. The exact result depends on the device you are using. With the proper device, you can get most of the PS2 games running smoothly.

Besides, the update also added many options to change settings, update resolutions, sync up controllers, etc. If you are looking for a PS2 emulator Android, AetherSX2 is a good choice. 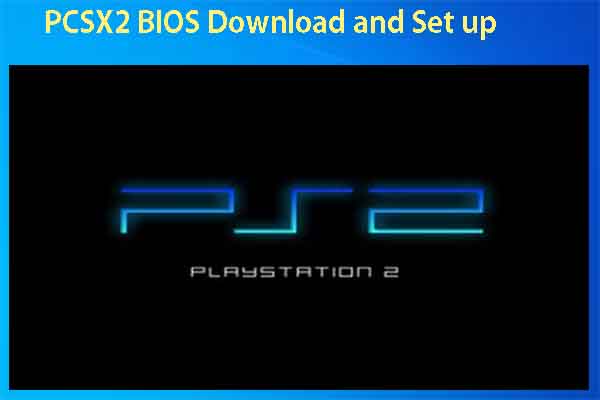 Play! is a PS2 emulator for PC available in both 32-bit and 64-bit versions. Actually, it works with Windows, Linux, macOS, iOS, and Android systems. No BIOS upload is required for running the emulator.

More than 1500 games are compatible with this PlayStation 2 emulator and more games are being made compatible every week. In addition to that, you are able to insert up to 10 save states in the emulator for each ROM to create a decent game library at hand.

DamonPS2 is regarded as the quickest and most reliable emulator for Android play. The game compatibility rate of this PS2 emulator is around 90% with 20% of those playing perfectly. To be specific, it offers gamers about 720 playable games.

Like most other free emulators, ads will disrupt the general flow of the program. If you want to enjoy the experience of ad-free, get a pro version. Moreover, you can unlock extra features like more memory slots and widescreen gameplay.

With this PS2 emulator Android, you are able to scale up frame rate and graphics to make old PS2 games look better than ever.

NeutrinSX2 is also called NSX2, which is one of the best PS2 emulators for PC. NSX2 can help you play PS2 games, but the number is small. The code of this PlayStation 2 emulator is pretty clean and well laid out.

If you want to have better gameplay or solve game errors, please visit MiniTool Partition Wizard website. It offers you multiple guides and tutorials. Besides, you can increase disk space, check hard drive for errors (bad sectors and file system errors), change the format of disk by using MiniTool Partition Wizard – a comprehensive partition manager for Windows devices.