Some people may want to run Linux apps on a Chromebook. This post from MiniTool Partition Wizard introduces 2 ways to help you install Linux on Chromebook. You can choose one of them according to your condition.

How to get Linux on Chromebook? The easiest way is to enable Linux on Chromebook. Chromebook offers a feature named Linux, which allows you to install Linux command-line tools, code editors, and IDEs (integrated development environments) on your Chromebook. Then, you can use these programs to write code and create apps.

This feature is turned off by default. You need to turn on it manually through the following steps:

Linux apps can't access your Chromebook's regular folders. If you want to open a file you downloaded in Chrome, you'll need to drag it to the new Linux Files folder in Chrome OS' file manager.

How to Install Windows on Chromebook (Detailed Tutorial)

The principle of Crouton is based on Chroot, a program under Linux. It can switch the root directory of the Linux system (/) to another directory. With Crouton, you can install Linux on Chromebook easily. In addition, the Linux system runs on the Chrome OS.

Step 1: Back up the data in the Download folder because the content of this folder is not synced to Google Server.

Step 3: Log into your Chromebook and open the GitHub page of Crouton to download the latest script. Then, hit Alt+Ctrl+t to open the terminal in Chromebook. Type the following commands to install Ubuntu on Chromebook: 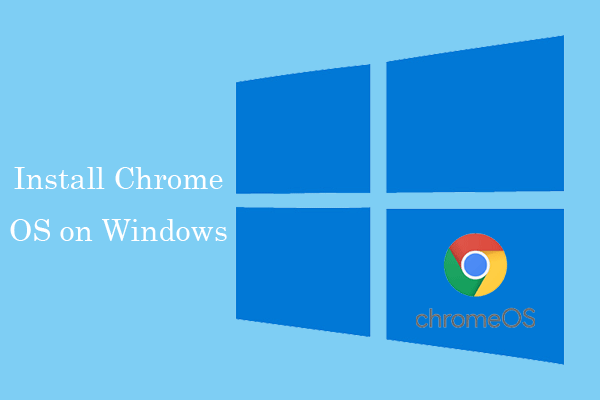 How to Download and Install Chrome OS on Windows 10/11

This post shows you how to download and install Chrome OS on Windows 10/11 step by step. You can try this guide.

Are you interested in MiniTool Partition Wizard? This software can help you clone the system, manage disks better, and recover data. If you have this need, you can download it from the official website.