Is Among Us cross platform? Like other gamers, you may doubt it too. Well, MiniTool would discuss Among Us crossplay in detail. You can learn that by reading the post carefully.

About Among Us Crossplay

Among Us is initially available on iOS and Android, and stretches out to PC and Nintendo Switch gradually. On December 14, 2021, Among Us is already available on most major consoles such as PlayStation 4/5, Xbox One, and Xbox Series X/S.

Though Among Us was released in 2018 on PC and mobile, it recently made its way onto Nintendo Switch at a premium price. When it comes to the mobile phone and tablet, you can find that Among Us is for free on Android and iOS with in-app purchases and ads. To get rid of the ads, you need to pay for that.

If you are a PC gamer, you can obtain Among Us on Steam at a premium price or download it free of charge as a part of the Xbox Game Pass on PC.

Read here, you may wonder is Among Us cross platform. If it is crossplay, you can play this game with friends on any supported platforms. 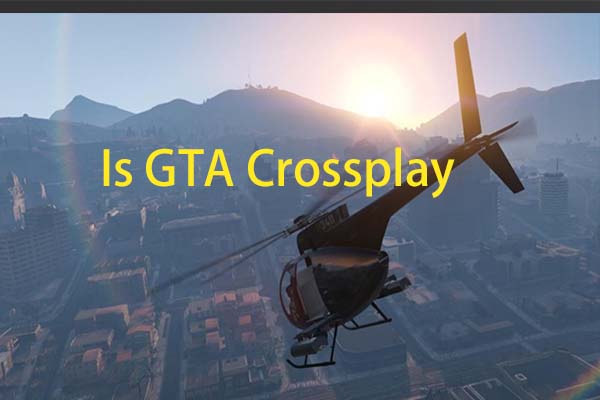 Is GTA 5 Crossplay? Is GTA Cross Platform with PC/PS5/Xbox One?

Is GTA 5 crossplay? A lot of gamers are eager to get the answer. If you are one of them, this post is worth reading. You can find the details from it.

Is Among Us Cross Platform

Whether Among Us cross platform depends on the crossplay feature. Does Among Us have crossplay? The answer is absolutely “Yes” for now. Among Us is fully cross platform, which means that you can play it with gamers on any supported platforms of this game.

To be specific, you can play with gamers on platforms including Android, iOS, PC, PS4/5, Xbox Series X/S, Xbox One, and Nintendo Switch. It can be concluded that Among Us is one of the best cross platform games.

The arrival of Among Us on Xbox and PS4 is good news for crossplay and cross platform multiplayer fans who have obtained the game on PC or mobile. Besides, it also makes Among Us Xbox and Among Us PS4 become a reality.

How to Crossplay Among Us

To crossplay Among Us, you need to create the session and invite your friends. Here’s a step-by-step guide for you.

Tip: Players are required to log into the same server region to play Among Us across platforms. The server regions are decided by geographical locations like North America, Europe, or Asia.

Step 2: At the bottom right corner of the screen, check your regional server.

Step 3: Tap the Create Game button under the Host section.

Step 4: Choose the map, number of imposters, chat language, and maximum number of gamers. After that, click on the Confirm button to continue.

Step 5: Then your character will enter an empty game lobby. You can see a six-letter code at the bottom of the screen. Just share the code with your friends that you want to play with.

Step 6: After your friends select Enter Code on the main menu and then type the code given by you, then you can play Among Us with them.

Among Us Keyboard Controls: Everything You Need to Know

What is Among Us keyboard controls? This post explains it in detail. Besides, you can also learn the Among Us for mobile and difference of two versions.