If you choose the PC version on Among Us mobile vs PC, you should learn the Among Us keyboard controls as much as possible. Here, MiniTool introduces the two versions respectively and illustrates the difference. Then it shows you how to change to Among Us PC keyboard controls and some keybinds for Among Us controls.

Among Us is one of the best cross platform games that can be played on devices including Steam, Windows 10, Epic, iOS, Android, and Switch. As the game is built to be played on mobile or PC, you can select one control layout based on your demand in the options menu.

The first option is a mouse-only control scheme that mirrors the mobile version’s controls. Hence, all of the options are available to click on the screen. However, it is a little harder to find precise movement on the mobile because you may click something on the screen and move somewhere you didn’t mean to.

Another option is standard mouse and keyboard controls, which map all of the basic commands to your keyboard. The mouse is only used for minigame and menu interactions. What are differences between Among Us PC and mobile versions? The section below shows you the answer.

Difference between Among Us Mobile and PC Versions

For mobile devices, Among Us uses a very similar control scheme to most modern mobile games. In addition to plenty of virtual buttons on the right, the UI for Among Us has a large and virtual analog stick in the bottom left to control movement.

Tip: The virtual buttons include the options (gear) button, a map, a context sensitive use button, a report button, as well as a kill and sabotage button.

The case is different for PCs. On the PC version, all the buttons on the right side of the screen remain, but the virtual analog stick is removed. Fortunately, you can use the mouse only control scheme or the keybinds on computers.

Moreover, you can use the keyboard to type in chat if you play on the PC, while you are required to use the device integrated keyboard on the mobile version. If you play Among Us and other games on the PC, you can minimize the game to mute or unmute yourself easily.

Note: The Among Us PC version is the only one that has access to the beta version. If you want to help test any new features, you have to use this version.

While making a decision, you should also know that you need to pay for the PC version on Steam. Differently, you can download the mobile versions for free. Besides, the mobile version is more convenient if you do most of the gaming away from home. 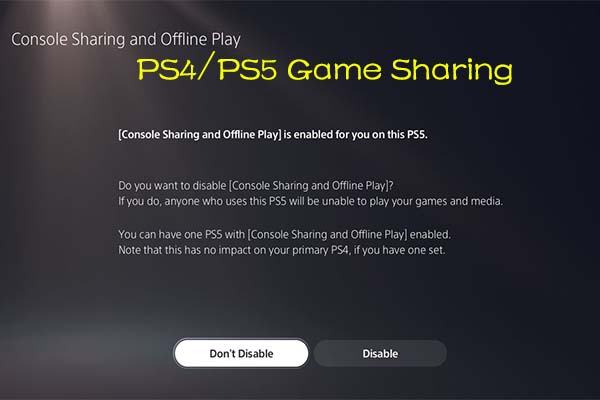 PS4/PS5 Game Sharing: What Are They and How to Game Share on Them

How to Switch to Keyboard Controls

Among Us allows you to play on the PC using a mouse by default. If you want more freedom with the control, you can switch to a keyboard and mouse hybrid controls scheme. To do that, you can refer to these steps.

Step 1: Navigate to the Settings from the main menu of Among Us.

Step 2: Head to the General tab and find the Controls section.

Step 3: Choose the Mouse + Keyboard option, and then save the changes and exit the operation.

Do you encounter the Tarkov server connection lost error while playing this game? Well, you can resolve it by using the given methods in the post.

Among Us PC Keyboard Controls

The frequently used Among Us controls on keyboards are listed as follows. With these Among Us keyboard controls, you can be quick on the draw.

Tip: Movement keys are only available after you select the Keyboard + Mouse options in the settings.