Minecraft is a sandbox game developed by Microsoft's Mojang Studios. Since its release, it has received unanimous praise from the industry and won numerous awards and honors. It is one of the best-selling video games of all time.

Tip: 2builders2tools (2b2t) is a Minecraft server created in December 2010. It is the oldest anarchy server in Minecraft. In this server, griefing and the use of cheating program are normal, and there is no threat of banning. So, Minecraft hacked client is also a 2b2t hacked client.
Minecraft Windows 10 VS Java Version: Which Should You Buy?

As for games, Minecraft Windows 10 or Java edition, which one is better? This post will analyze several key factors helping you select a suitable one.

This post offers you the Microsoft Office 2010 32-bit and 64-bit full version free download, and shows you how to install them.

How to Install a Minecraft Hacked Client

Step 1: Choose the best Minecraft hacked client and download it. In this step, please visit a reliable website. Otherwise, you have the risk of downloading an unsafe program.

Step 3: Open your Minecraft launcher, and make a new profile. Depending on the client, it may require to be named a specific name. Now simply change the Minecraft version to the one with the hacked client name next to it and you are good to go. 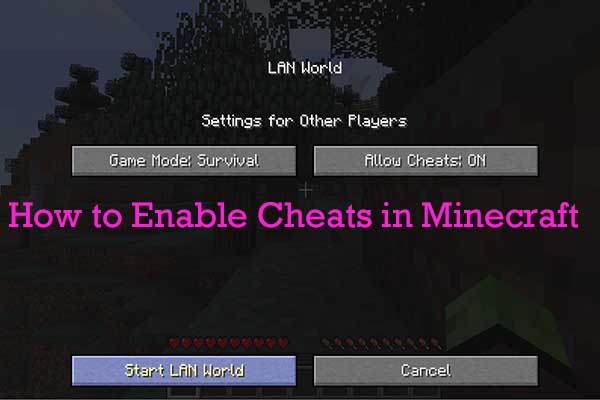 How to Enable Cheats in Minecraft on Java/Pocket/Education/Xbox

How to enable cheats in Minecraft? If you are still bothered by this question, you can read this post. It tells you how Minecraft turn on cheats.