What Can You Do in Battlestate Games Launcher

You can perform the actions below in Battlestate Games Launcher. 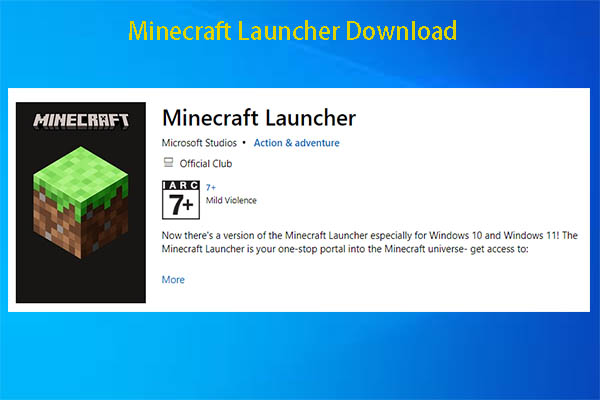 Get Minecraft Launcher Downloads for Windows/Mac/Linux/Mobile

Escape from Tarkov is a first-person shooter video game developed by the Russian Battle Games. Besides, it is not free, charging you 44.99 dollars for the Standard edition. You have to pre-order it before installing it.

This post shows you how to download, install, and play Escape from Tarkov in detail. If you want to enjoy the game on your computer, you can refer to it.

How to Improve Game Experience by Optimizing Windows

When you play the game on a Windows PC, you can optimize your computer for a better game experience. Then MiniTool Partition Wizard comes into use. As one of the best free PC optimizers, it enables you to optimize your Windows computer to boost its performance. To be specific, it allows you to increase disk space, scan hard drives for errors, free up disk space, back up data to avoid data loss, recover missing data/partitions, etc.

In addition to optimizing the PC, you can also perform basic disk management operations via this partition manager. For instance, you are able to create/format/extend/shrink/move/delete/wipe partitions, convert MBR to GPT, migrate OS to SSD/HDD, convert FAT to NTFS, change cluster size, and so on. In a word, it is an all-in-one tool.