Are you sick of Windows operating system? Do you want to use a free open source system to replace it? If so, you can read this post, in which MiniTool recommends top 6 free operating systems to you.

Since its introduction in 1985, Windows has been the most popular operating system on PCs. Many PCs have Windows OS installed before they are sold because Windows OS has the widest compatibility. Most of time, you will get a Windows PC when you buy a personal computer.

However, after a long time use of Windows PC, you may want to switch to another OS for the following reasons:

Based on the above reasons, I will recommend some free Windows alternatives to you. 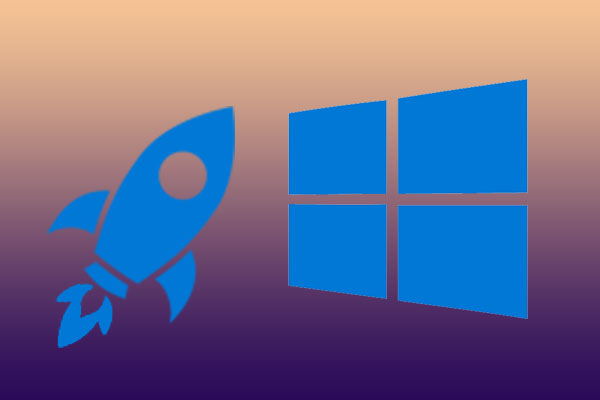 Ubuntu is a Linux operating system mainly for desktop applications, which is suitable for laptops, desktops and servers. Wherever you use it—at home, school or work—it contains all the applications you need.

Based on Debian and GNOME, Ubuntu is one of the older distributions. So far, it is still one of the most popular Linux versions.

Starting from version 11.04, the Ubuntu distribution abandoned the Gnome desktop environment and changed to Unity. But it shifted back to GNOME again since Ubuntu 18.04 LTS.

Ubuntu desktop has a dock on the left that includes basic application icons, Firefox for browsing, and Libre Office for productivity. To its right, there are other icons along the top of the screen. But most of these icons are settings-based features and provide basic functions like network, language, sound, time, date, etc.

If you want to access other functions and contents, you need to go to Ubuntu's Dash menu and select the Dash icon you find on the Dock. Anyway, Ubuntu is more familiar to Mac OS X users.

There are other variants of Ubuntu like the followings:

Of course, some versions are not listed here, but the above are some of the relatively famous versions and enough for you to choose.

Ubuntu vs Windows: Which Is Better for Your Computer?

This post introduces Ubuntu vs Windows from 8 aspects. You can decide to use which one after reading this post.

Google Chrome OS is a Linux-based open source (free) operating system. It is preinstalled on a number of low-cost and some high-end laptops, known as Chromebooks. But, you can also install it manually and freely, because it's an open source OS.

This alternative operating system is targeted at netbooks, compact and low-cost computers. Most applications in Chrome OS will be done on the web. Speed, simplicity, and security are key features of Chrome OS. Chrome OS users don't have to worry about viruses, malware, Trojans, security updates, and other annoying things.

This free operating system is lightweight and suitable for installing on aging hardware. It's also great for web browsing, social networking, and word processing. But it’s less impressive at media playback, and media editing and gaming are beyond its capabilities.

Windows 10 vs. macOS vs. Chrome OS: Pick One for Students

This post introduces Windows 10 vs. macOS vs. Chrome OS from 4 factors. Students can pick one from them.

Debian supports a wide range of desktop environments, including GNOME, KDE, Cinnamon, MATE, and more. What's more, most Ubuntu software packages work fine in Debian. In addition, many Linux purists prefer Debian to either of its popular offshoots because of the low disk and RAM occupancy, and the high stability.

On the other hand, Debian has a much slower release cycle, and users may also encounter some hardware compatibility issues. But you can use an installation package, which includes proprietary software designed to improve this situation.

If you want a Windows alternative or Windows 10 alternative, this free operating system is one of the good choices. Please note that Debian is more suited to experienced Linux users.

OpenSUSE, formerly known as SUSE Linux and SUSE Linux Professional, is a stand-alone release based on Linux kernel. It provides both KDE and GNOME as desktop environments and is widely used worldwide, especially in Germany.

Tumbleweed features a rolling release cycle, which means packages are updated on a daily basis. Users, therefore, benefit from a bleeding-edge OS, but possibly at the cost of stability. As for Leap, it has a regular 8-month update schedule and is generally regarded as the more stable OpenSUSE version.

No matter which version you choose, you can change to another version at any time after installation.

In addition, it features an easy-to-use YaST control center, which provides an intuitive graphic user interface for tinkering with just about every aspect of the OS, including hard disk partitioning, system setup, online updates, network and firewall configuration, user administration, package management, etc.

If you want to switch Windows to Linux, this OS can be one of your choices.

FreeBSD is the first open source system, and it is derived from BSD Unix-based source code. It can be said that FreeBSD is a continuation of UNIX. The only reason why it's not called BSD Unix is that the "UNIX" trademark belongs to the TOG (The Open Group).

This is a highly complete and very reliable operating system. It runs on its own kernel, and all of its key components have been developed as part of a single whole. Therefore, it is perfect for server applications and desktop use.

It doesn't come with a GUI by default, but the X-window system is straightforward to install, and there are ports of Linux window managers like Gnome and KDE available. If you want a stable OS, you can choose this one.

ReactOS is an open source operating system based on the Windows NT architecture, maintaining system-level compatibility with Windows.

It incorporates partial functions of Windows emulator Wine, and therefore it can run software like LibreOffice, Firefox, Opera, etc. and can even manage earlier commercial applications like Adobe Photoshop.

At present, ReactOS is aiming at full compatibility with Windows Server 2003 and isn't quite up to the Windows 10 level yet. But if you are not accustomed to the above alternative operating systems to Windows, you can choose this one.

Tips on Switching to Another OS

Before you completely remove Windows and install another system, it is recommended to operate the new system on Windows to learn and adapt to the new operation habits. After you are accustomed to the new system, then you can delete Windows.

To do that, here are two solutions for you:

Step 1: Click the above button to download MiniTool Partition Wizard. Launch this software and go to its main interface. Then, right-click the partition you want to shrink and choose Move/Resize from the context menu. 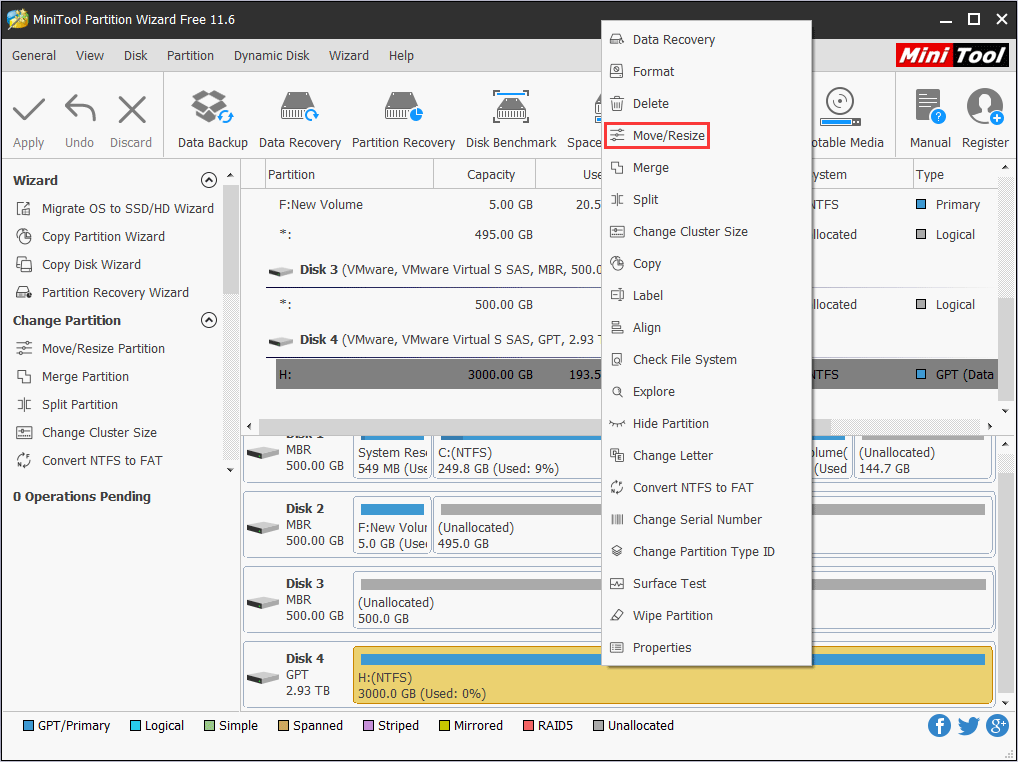 Step 2: In the popup window, drag the slider to choose how much size you want to shrink and click OK to continue.

Tip: Please pay attention to the number in the box following Unallocated Space After, which is the space size you reserve for the new partition. If possible, the partition should be not less than 20 GB, which is enough for use.

Step 3: Right-click the gray unallocated space and choose Create from the context menu.

Step 4: In the popup window, choose partition properties like file system, partition label, drive letter and so on. Then, click OK to continue.

After that, you can make a virtual system or dual-boot Windows and another system. If you don't know how to do that, please refer to the following two posts:

If you want to know which open source operating system can be a Windows alternative, you can read this post. The systems in this post are good, reliable and usable. You can try them. Hope you can find the one that suits you.Click to Tweet

Does this post help you? Do you have other recommendations on Windows alternatives? Please leave a comment below and we will appreciate that. If you decide to replace Windows but have difficulties in making partition, you can contact us via [email protected]. We will reply to you as soon as possible.