To create Tweets for fun, you can utilize a fake Tweet generator. Here, MiniTool would introduce you top 6 free online fake Tweet makers.

If you are going to create fake Tweets, these 6 fake Tweet generators deserve your attention. Pick one from them randomly.

Tweetgen is the only online fake Tweet generator that boasts the following features:

Tip: Tweetgen will allow for quote tweets and allow you to create your own fake profiles in the upcoming future.

Tip: You can choose a preferred theme from Light, Dim, and Dark.
Fake IP Address: What Is It and How to Get One

If you create fake Tweets on this program, move to here and scroll down the page to the Fake Post Generator Interface section. Then upload your profile picture, set your name, configure a fake Twitter username, type the tweet, set the date of the tweet, add the number of likes and retweets, etc. After that, click on the Generate Image button to send the Tweet.

Tip: Before releasing the fake Tweet, you can have a preview.
Valorant Name Change: How to Do and What You Should Know

How to perform Valorant name change operation? What you should note during that process? Well, this post would discuss the questions in detail.

There is an online and free fake Tweet maker on shashiirk.github.io website. It is very easy to create fake Tweets on it. To do that, navigate to the website and edit your Tweet. To be specific, click on the Upload Profile Picture button to set a profile image and type name, username, message, time, date, client, and retweets/quote tweets/likes count. According to your needs, choose a theme (light, dim, and dark) and decide whether to show or hide the verified badge icon.

If you want to seek for a fake Tweet generator with comments, White Bird: Fake Tweet Generator suits your demand. On this fake Tweet maker, you can create user profiles to use later, select profile avatar from gallery or saved users, and quote a tweet. In addition to that, you are allowed to do things below on it.

However, you are required to register an account to use this fake Tweet generator. For that, click on GET STARTED at the upper right corner of the official website page. Then input your information in the prompted window and click Continue to move forward. 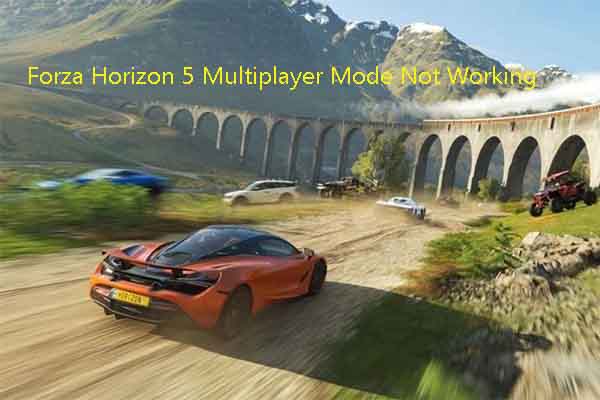 What to do if Forza Horizon 5 multiplayer mode not working? Well, this post provides you with several troubleshooting methods. Try them now!

Zeoob Tweet Generator is a free and online fake Tweet generator. It has options to include an image in the tweet and to add a verified badge and Twitter client info. Different from other fake Tweet makers, you are allowed to add liked and retweet status on it.

This is a fake Tweet generator with comments, which means that it can generate comments and replies to the tweet. However, it only features light background theme for the tweet and lacks the fact check warning option.

You can create fake Tweets on Zeoob Tweet Generator by following these steps.

Step 1: Head to the Zeoob.com.

Step 3: Under the Post tab, input your name, Twitter name, message, and name of device. Besides, you can also set time, date, retweets/likes count, liked status, and retweet status.