Do you want to replace HDD with SSD desktop? If so, you may need to pick a right SSD drive for desktop and then install SSD in desktop. In this post, MiniTool Partition Wizard gives you the guide to choosing a right desktop SSD and installing it in your PC.

Nowadays, many people like to use laptops for work or entertainment. But there are still many people using desktop PC for gaming or doing other jobs requiring high PC requirements. Many of you may know that hard drive is the lowest component in a computer and it determines the lower limit of computer speed.

Therefore, improving hard drive speed can improves computer speed directly. In this case, many people like to replace HDD with SSD desktop to improve computer speed. Then, how to choose the right SSD for desktop? How to install SSD in PC desktop?

If you want to add an SSD into the desktop, too, you may also face these questions. Please read the following contents to get to know them.

Desktop VS Laptop: Which One to Get? See Pros and Cons to Decide!

How to Choose a Right SSD Drive for Desktop?

What Type of SSD Can Your PC Use?

If you decide to buy an SSD for your desktop, you should know what SSD it can use. To figure out this problem, you can use the following two methods:

If you use the first method, you should know what common SSD interfaces (SATA, mSATA, M.2, PCI-E, U.2, and SAS) look like.

SATA interface is the most common hard disk interface now.

mSATA (mini-SATA) is the mini version of SATA interface.

M.2 interface is very popular in SSDs. This interface has two types: B key and M key. B key has 5 pins and M key has 6 pins. But on the market, there are few M.2 SSDs with only B key. M.2 SSDs with M key or B plus M keys are more popular.

Most computers should be equipped with PCI-E interfaces. However, there are few SSDs with pure PCI-E interface on the market, so you may need an M.2 to PCIe adapter card.

Different Types of SSD: Which One Is More Suitable for You?

If you use the second method to figure out what SSD you can use, please find your PC's motherboard model through this guide: How to Find Your PC Motherboard Model and Serial Number.

Tip: If the system doesn't tell you the motherboard model, you can search it online by means of computer model.

When you get motherboard model, you should search its design diagram on its official websites. You will get a picture shown as follows:

Which Type of SSD Is Better?

When it comes to which type of SSD is better, it is usually related to the speed of each SSD interface.

PCI-E interface is based on PCI-E Bus. PCI-E bus has different versions and different lanes. In general, PCIe SSDs use PCIe 3.0 X4 bus (some may also use PCIe 3.0 X2/ PCIe 2.0 X4) and support NVMe protocol (please note that some PCIe SSDs may also not support NVMe). The following picture grabbed from Wikipedia shows the speed of PCIe interface.

As I mentioned before, M.2 interface can be divided into two types: B-key (Socket 2) and M-key (Socket 3).

Their speeds are determined by the bus they use.

SAS interface evolved from the parallel SCSI physical storage interface, and its function is mainly used as an interface for data transmission of peripheral parts, such as hard disks, CD-ROMs and other equipment. In addition, it is compatible with SATA devices.

U.2 interface is based on PCI-E bus, too. It uses PCI-E 3.0 x4 bus and NVMe protocol. But it has different slot shape. Taking SFF 8482 as an example, this interface is backward compatible with SATA, SAS, and SATA Express interface.

How to Install SSD in Desktop?

After buying the right desktop SSD, you may want to know how to install SSD in desktop PC and move OS to this SSD. Here is the tutorial:

Step 1: After buying an SSD, please buy an interface adapter, for example, a SATA to USB adapter if you buy a SATA SSD. Then, connect the SSD to computer USB port externally via the adapter.

Tip: If your desktop has extra drive bay to install the SSD, you can install the SSD first, and then migrate OS to the SSD. You don't need to buy the interface adapter.

Step 2: Clone the system disk to the SSD if the old hard drive will be deprecated. But if you will still use the old hard drive, it is better to migrate OS to the SSD only. To complete that, you may need a system cloning tool. MiniTool Partition Wizard is a good choice.

Step 3: After OS migration is completed, you can install SSD in desktop PC. Shut down your system, unplug the power cable, and then hold down the power button for 5 seconds to discharge residual electricity.

Step 4: Open your desktop’s case. In most cases, you can complete that by unscrewing two fasteners shown in the following picture, and then nudging the cover to the side.

Step 5: Locate the storage bay. Some storage bays are significantly larger than a standard size SSD. If this is the case in your computer, you’ll need a 2.5-inch to 3.5-inch converter to make the SSD fit snugly. In this step, if you want to install the SSD into the location of the old drive, please first remove the old drive and disconnect any cables and brackets attached to it.

Step 6: Install the SSD into desktop and then plug in the power and data lines, with one end into the hard drive and the other end into the slot built in the chassis. After that, you can remount the desktop's case cover and reboot your computer.

If you want to install mSATA SSD or M.2 SSD, because they are very thin, the installation method is slightly different. Here is the tutorial:

Tip: If you want to install M.2 PCIe SSD or U.2 SSD, you should enable NVMe mode later.

If there is an mSATA or M.2 SSD slot in the desktop, you can install SSD into desktop directly. You just need to insert the mSATA or M.2 SSD obliquely into the slot and then screw in the screws to fasten the SSD.

But if there is only a PCIe slot and you need to install an M.2 SSD into a PCIe slot, the process is much more complicated. You should buy an M.2 to PCIe adapter and then install the M.2 SSD onto the adapter. Finally insert the adapter into the PCIe slot and screw fastener to fasten the adapter in the desktop PC (the following picture is grabbed from Paul Braren's video).

Step 3: Remount the desktop's case cover and reboot your computer. Through the above steps, you can add a desktop SSD to speed up your computer. 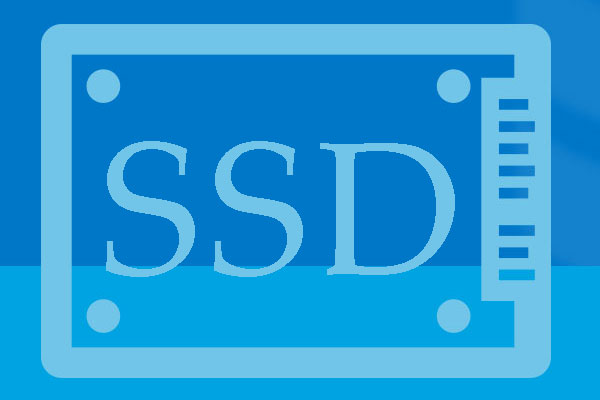 Want to get best performance from SSD (solid state drive) in Windows 10/8.1/8/7? You can find step-by-step tutorials from this post.

Here is a post talking about how to choose a right desktop SSD and install it into a desktop PC. If you are considering adding an SSD into your desktop PC, I think this post can benefit you.Click to Tweet

Is this post helpful to you? Do you have other ideas about desktop SSD? Please leave a comment below. In addition, if you encounter problems when cloning disk or migrating OS, please contact us via [email protected]. We will get back to you as soon as possible.

Do desktops have SSD?
Yes. Although there is no 3.5-inch SSD, you can install a 2.5-inch SSD into your desktop PC via a 2.5-inch to 3.5-inch adapter. In addition, if your desktop has an mSATA, M.2, or PCIe slot, you can install an mSATA/M.2/PCIe SSD into your PC.
What is SSD on a desktop?
It refers to SSD used for desktop. In general, desktop SSD is the same as laptop SSD. The difference is that a desktop PC usually has more types of interfaces like U.2 and SAS (U.2 SSD and SAS SSD), which are seldom used on laptops.
Can you put a 2.5 SSD in a desktop?
Yes. You can put a 2.5 SSD in a desktop via a 2.5-inch to 3.5-inch adapter.
Which SSD is best for desktop?
U.2 SSD is best for desktop, because it has good heat dissipation and performance. Sure, M.2 SSD and SAS SSD is OK, too.