If you are using the Android phone, you may find there is a system cache partition on your phone. However, many people are confused about whether it can be wiped. In today’s article, MiniTool will discuss this question and tell you how to wipe the cache partition on Android.

What Is System Cache Partition on Android

If you have ever browsed your Android app drawer, you should find the Clear Cache and Clear Data actions on every app which are called Cache Partition. This partition is different from the individual app caches.

So, the problem occurs to you. Should you clear system cache Android? Let’s keep reading the following part.

Right now, 7 different methods on how to increase internal storage space of Android are shown here.

Should You Wipe the System Cache Partition

For the Android devices that still use the cache partition to apply system updates, it is a good choice to wipe it after a successful system update. That can ensure your system updates never use the outdated files or data.

While it is not recommended that you wipe cache partition Android on a regular basis or for no reason. This is because these files may get corrupted sometimes and trigger some issues. However, if your phone is experiencing some trouble or you don’t have any alternative, you can clear system cache Android.

How to Wipe Cache Partition on Android

To wipe cache partition Android, you need to do that:

Step 2. Hold the Volume Up + Volume Down + Power buttons at the same time. Then your phone will boot into Recovery Mode.

Note: Different Android devices may have different button combinations. So, you can refer to the user tutorial if necessary.

Step 4. Wait some time for the system cache partition to clear. After that, select the Reboot option to return to the normal device state. 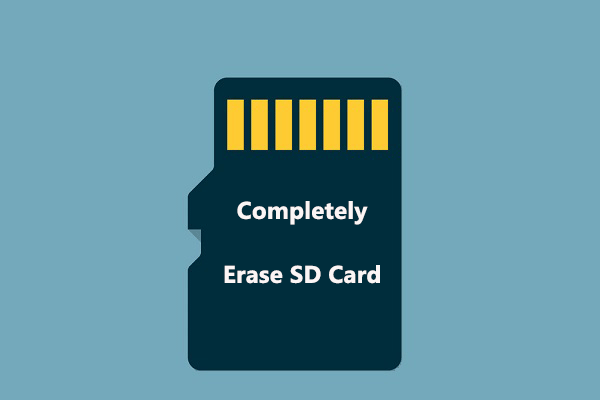 Many users are not aware of the process to completely erase SD card. This article will show you the detailed steps along with screenshots for erasing SD card.

How to Clear App Cache on Android

In addition, some users also raise a question. That is how to clear App cache on Android. App cache varies from the system cache partition. It is optimized for quick loading that makes your features access those files and data faster. But at the same time, app cache storage is limited and takes up space on your device.

To speed up your app performance, you can clear the app cache by the following steps.

Step 1. Open the Settings on your device, and then go to the Apps section.

Step 2. Click the app that you want to clear its cache.