If you are interested in PS5 VR, you must want to know the PS VR 2 release date. Well, this post from MiniTool would introduce this PS5 VR headset including its release date, specifications, and features.

Sony is the only one out of the three major console manufacturers that has produced its own VR headset. However, the present model, released in 2016, only works with the previous generations of games. Besides, it can’t compete with the best VR headsets on the market with its hardware and graphical specs.

Fortunately, Sony announced a new generation of PlayStation VR headsets in February 2021. At that time, the details are thin on the ground, but it could be confirmed that a PlayStation 5 compatible VR headset is under development.

The PSVR 2 is the next-generation VR headset, which will work exclusively with PS5 game consoles and follow the footsteps of the original VR headset. According to Sony’s CEO, the company is focused on making PS5 VR the ultimate entertainment experience with dramatic leaps in performance and interactivity.

The PlayStation 5 VR is about to be released at the end of 2022. Nevertheless, it might be pushed back to 2023 due to supply chain issues. 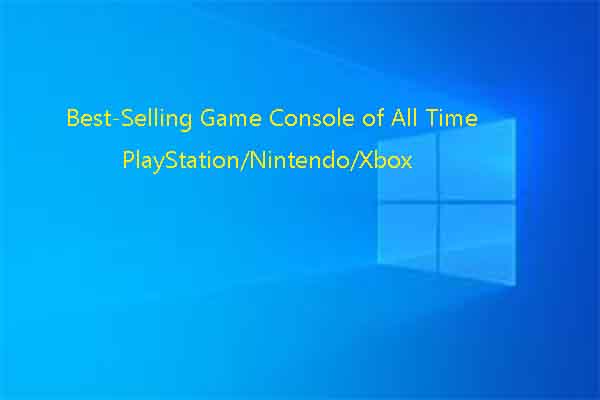 11 Best-selling Consoles of All Time from PlayStation/Xbox/Switch

If you are a gamer, you must be familiar with game consoles. What is the best-selling console of all time? This post lists them one by one.

The specifications of this new PlayStation VR headset will be listed in a table. In order to show its advancement over the previous PSVR, we would list parameters of two headsets.

Also read: Can You Use Oculus Quest with PS4? Find the Answer from This Post

Before talking about PS5 VR features, we would like to discuss its appearance. In a PlayStation Blog post, Sony reveals what the PSVR2 looks like. The PS5 VR headset boasts a sleek white form factor with a white shell. Similar to the design of the old headset, the PSVR 2 headset includes some new features that will make it more comfortable to wear for long periods.

There are features of the PlayStation 5 VR headset.