Microsoft keeps pushing Windows 10 for years. By Jan. 2019, Windows 10 finally replaced Windows in market share, becoming the most commonly used desktop platform. Have you upgraded to Windows 10? If not, will you upgrade? MiniTool tells more than you want to know.

Do you still remember what Terry Myerson said in the Windows blog post that Windows 10 upgrade process will start automatically in early 2016? Terry Myerson claimed: Windows 10 is the best Windows ever – familiar, safer, faster, and full of innovations. Besides, if you choose to upgrade, then you will have 31 days to roll back to your previous Windows version if you don’t love it.

But now things have been changed. Windows 10 has finally achieved a real success by the early Jan. 2019, because now it grabs a bigger market share than Windows 7 and has become the 1st popular used PC desktop platform.

According to Forbes online magazine, Microsoft was originally planning to lengthen the lifecycle of Windows 7 and Windows 8.1 to 2020 and 2023 respectively, but now it makes a sudden change to the support policy.

Microsoft announced on its Windows blog that the new CPU (Intel Kaby lake, AMD Bristol Ridge and Snapdragon 820) will only support Windows 10. In addition, the Intel Skylake 10 is also an exclusive by Windows 10. That means Microsoft will completely abandon the support for its old OS platform unless users stick to old hardware.

In the blog post Microsoft pointed out that Windows 7 is too old to adapt the latest hardware. If it was forced to do so, there will inevitably a lot of conflicts that will pull down user experience. However, it does not mention a word of Windows 8. Windows 8.1 has been released for only 6 years, and is enjoying similar core with Windows 10. Is Windows 8.1 still too old?

What exactly does Microsoft want to do?

It is well-known that Microsoft will keep offering free upgrading service to the individual users of Windows 7 and Windows 8.1 till 29th, Jul. 2016. However, enterprise users have to pay for Windows 10. Since Microsoft has a great hope for Windows 10, and is expecting a 1 billion installations of Windows 10 by 2019, undoubtedly it will continuously promote Windows 10 in the limited time.

Who Will Be Affected?

The enterprise market will be impacted first. Microsoft wrote in the blog post: “In clarifying this policy, we are prioritizing transparency with enterprises on where to find the highest reliability and best supported Windows experience: Windows 10 on any silicon, Windows 7 on the down-level silicon it was designed for, or a device on the support list.”

At the end of the blog post, Microsoft concludes in a rather hypocritical way: “Always, what guides us is a customer-first approach. In this case, providing clear guidance to our customers on what they can expect and strong alignment with our OEM partners on our joint commitment to all of our Windows customers.”

Again no mention of Windows 8. Since Microsoft didn't explain why abandon Windows 8 in the statement, how could it be customer-first when Microsoft suddenly abandon masses of old Windows 8 users?

Besides, Microsoft had done badly in Windows 10 upgrade and security issues, bringing much inconvenience to Windows users. For example, they may encounter blue screen errors during Windows 10 upgrade or come across the error prompt "We couldn't update the system reserved partition". More than that, some users even encounter data loss after upgrading to Windows 10 successfully, thus they have to find a way to recover data for Windows 10.

In these cases many Windows users feel uneasy and they want to roll back to Windows 7 or Windows 8.1. It is wired that this time Microsoft put the pressure of this incredible upgrade to enterprise users again. Anyhow, it's not blunt for Microsoft to put its users in a passive position.

Have You upgraded OS to Windows 10

Having said all of the above, we know Microsoft is cutting the service of traditional Windows 7 and Windows 8, and is devoting itself to pushing Windows 10. These actions also release a clear signal, that is, in the future Windows 10 will become the pronoun of Windows OS.

Have you upgraded your OS to Windows 10? If NOT, will you carry out the upgrade? Maybe those with the technical willpower will move to Linux. But for average users, this is really a question worthy of deep thinking. Before making the final decision, these users can refer to this post: Should We Upgrade To Windows 10 Or Not – Please Think Twice. Beside, for personal privacy security, configure Windows 10 from the following three aspects, after all, Windows 10 means the future of Windows. 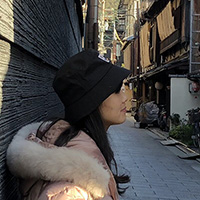