Do games download when Xbox One is off? A lot of people are confused about this question. Don’t worry. This post of MiniTool will show you how to make Xbox download when off, including Xbox One, Xbox 360, and Xbox Series X/S.

Xbox is a widely popular video gaming console owned by Microsoft. This brand has experienced several generations of game consoles, including Xbox One, Xbox 360, and Xbox Series X/S. However, a lot of users are still confused about some common questions like “How to jailbreak Xbox One”, “Does Xbox download games when off”, etc. This post mainly focuses on how to make Xbox download when off.

I am currently installing a game on Xbox One. If I turn off the console and leave the disc in overnight, will my Xbox download games when off?

When you got a new Xbox console, you need to install games to play. However, you may have learned about Xbox One downloading games while off. Do games still download when the Xbox is off? Of course, the answer is “Yes”. To do so, you need to set your Xbox One to allow downloads when not in use.

As you might know, Xbox consoles feature a low-power state mode that allows you to download games in the background. This mode is also called Power mode/Install-on mode in Xbox One, Low-power mode in Xbox 360, and Sleep-mode/Standby mode in Xbox Series X/S. To download games when Xbox is off, you need to enable these modes.

Lost Ark Not Downloading Steam: Why & How to Fix It? [Answered]

Are you still troubled by the Lost Ark not downloading Steam error? Don’t worry. This post analyzes the possible causes and provides corresponding fixes.

How to download games when Xbox is off? Here we provide corresponding guides according to different console versions, including Xbox One, Xbox 360, and Xbox Series X/S. Let’s start trying.

First of all, we will show you how to set Xbox One to download while off.

Step 1. Turn on your Xbox One and press the Xbox button to open the Xbox Guide.

Step 3. Select Instant-on from the Power mode drop-down menu and make sure to unselect the checkbox of When Xbox is off, turn off storage.

Now, the Power mode should be enabled on Xbox One. When you turn off your console via the controller, it should go into sleep mode and the games/updates should keep downloading in the background.

If you are using an Xbox 360 console, then you can refer to the following guide to keep downloading when it is off.

Note: Make sure to finish the downloads that you have already started before shutting downing the Low-Power mode.

Step 1. Press the X button on the center of your Xbox 360 console and select Settings.

Step 3. In the Startup and Shutdown screen, select Background Downloads and make sure they are enabled, which allows you to download games in the background.

For Xbox Series X/S consoles, you can refer to the following steps.

Step 1. Press the Xbox button on your controller and navigate to Profile & system and select Settings.

Step 2. Go to the General tab from the left panel and select Sleep mode & startup from the right panel.

Step 3 Select Standby from the Sleep mode drop-down menu and make sure to untick the checkbox of When Xbox is off, turn off storage.

If the download is completed, you can go back to the Sleep mode section and select Energy-saving from the drop-down menu.

Do games download when Xbox One is off? How to set Xbox One to download while off? Now, I believe that you’ve already known the answers. 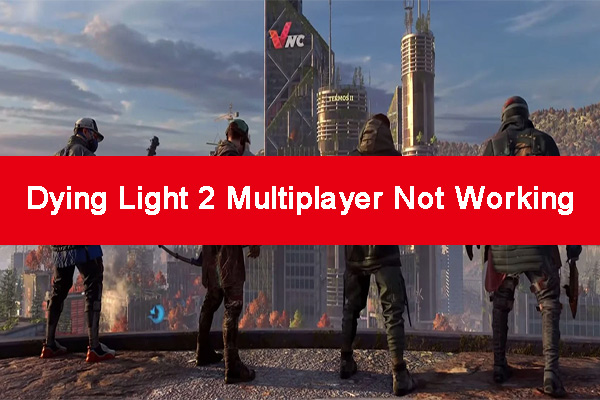 Have you come across the Dying Light 2 multiplayer not working issue? Now you come to the right place. This post provides several effective fixes.