Battlefield 2042, the seventeenth installment in the Battlefield series, is a 2021 first-person shooter game. Released on November 19, 2021, it is available on platforms including Microsoft Windows, PlayStation 4, PlayStation 5, Xbox One, and Xbox Series X/S.

Tip: After the 10-hour trial period ends, you have to wait for the standard release to play more. You won’t lose your progress. Instead, the game progress will carry over to the full release date.

You have full access to the Battlefield 2042 since November 12 if you have the EA Play Pro membership or have pre-ordered the Gold and Ultimate Editions.

As mentioned earlier, Battlefield 2042 is available on multiple platforms. You may wonder that if it’s crossplay. Well, Battlefield 2042 supports cross-platform play for the first time in the series. Besides, this game has some other great features.

For instance, it features 128-player maps, AI bots, new weapons and gadgets, a whole host of futuristic vehicles to play with, and classic series maps in the mind-bogging Portal mode. Moreover, you will see new core modes in the form of Hazard Zone and Battlefield Portal in this game.

The Specialist system is another addition to Battlefield 2042, in which you can build your own squads and determine your role on the battlefield. The E3 trailer of Battlefield shows seamless transition between gunfights in the street, through buildings or across rooftops. 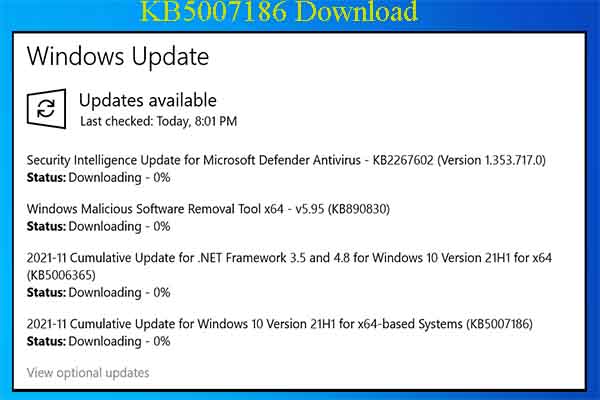 As you know, Microsoft keeps releasing new updates for its Windows systems. The KB5007186 is one of these updates. You can get bug fixes from it.

As said before, you can temporarily get early access to the Battlefield if you have the EA Play and Xbox Game Pass subscription offerings. What’s better, you are able to obtain full access to the game only if you are either the EA Play Pro user or Gold and Ultimate Edition subscriber.  If you are one of the above users, you can play Battlefield 2042 on November 12, 2021. 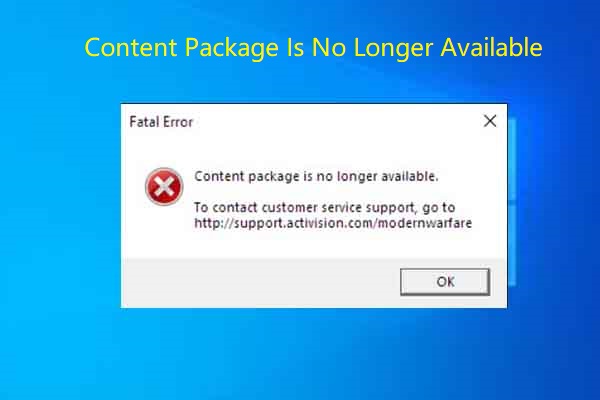 How to fix the content package no longer available error on PC/PlayStation/Xbox devices? Well, there are some effective solutions for you.

What’s the Battlefield 2042 initial release date? Are you still looking for the answer? This post tells you the details. Read it now!