Do you know what hard drive is compatible with your PS3? How to replace or upgrade your PS3? If you don't know those, you should read this post, in which MiniTool recommends you 4 suitable hard drives and shows you how to replace the PS3 hard drive.

PlayStation 3 is a home console developed by Sony Interactive Entertainment. It was released in 2006 and discontinued in 2017. So far, most players may have already bought more advanced gaming devices like PS4, but there are still some players continue to use PS3 due to nostalgia or other reasons.

Now, PS5 is coming on the way. Get more information from this post: Sony PlayStation PS5 New Features, Games and Specs.

Most hard drives shipped with the PS3 consoles have a small capacity and the largest capacity is 500GB, which means that the storage space will soon run out and you have to delete some games. To avoid that situation, you can upgrade your PS3 hard drive to a lager one or add a PS3 external hard drive. If so, this post is worth reading.

If you want to upgrade PS3 internal hard drive, you may wonder what hard drives are compatible with PS3. In practical terms, you just need to make sure that the new PS3 hard drive is a 2.5-inch 9.5mm SATA drive.

However, there are still some principles you need to adhere to when purchasing a PS3 hard drive:

Here I recommend two PS3 internal hard drives to you.

HGST hard drives have always been known for their reliability. The HGST Travelstar drive 0J22423 has no exception. In addition, the high rotational speed brings you a smooth gaming experience on PS3. 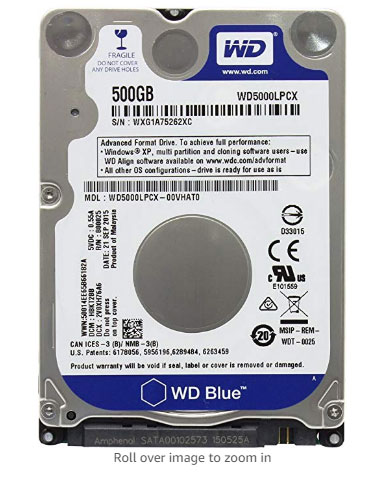 This drive is very cheap and can work with any PS3/PS4 Model. If 500 GB is enough for you, you can buy this drive. Its rotational speed is not low and can also bring you a smooth gaming experience.

Although PS3 consoles come with a USB 2.0 interface (60 MB/s), I suggest you should buy an external hard drive with USB 3.0 interface (625 MB/s), which is backwards compatible with USB 2.0 and performs ten times faster than USB 2.0 HDDs.

In addition, if you choose USB 3.0, you can use this drive in other occasions (PC, PS4, etc.) without worry about speed.

Here I recommend two PS3 external hard drives to you.

The GoFlex Desk external drive delivers high-capacity storage, backup and encryption for all your files with its plug-and-play USB 3.0 connectivity. You can use it in many situations and it performs well.

This drive is originally designed for PS4 console, but its USB 3.0 interface makes it also compatible with PS3. Setup is easy. Just connect this drive to a PS3 console and make a quick formatting. You’re game-on in next-to-no time.

Tip: Some users may like to store and run games on external drives, which will definitely affect the game running speed. If you don't want to affect the gaming experience, you should perform PS3 hard drive upgrade.
Hard Drive for PS4: Internal vs External One

What’s the difference between an internal and external hard drive for PS4? When you need to expand the storage of PS4, which one will you choose?

How to Upgrade PS3 Hard Drive

How to Upgrade PS3 Hard Drive

Then, read the following content to get a detailed guide.

Step 1: Prepare a USB drive or an external hard drive and connect it to your computer. Please note that this drive should be large enough to store all the content of the original PS3 hard drive.

Step 2: Convert the partition on the drive to FAT32 file system. If you do this in Disk Management, you should delete the partition and then create many small FAT32 partitions, which is not convenient. Therefore, I suggest you use MiniTool Partition Wizard. 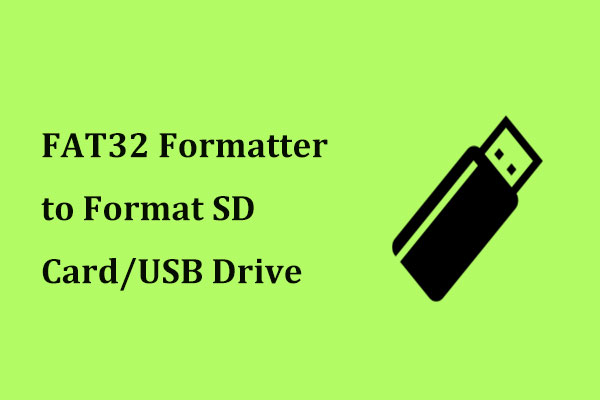 Are you searching for a FAT32 formatter to format your USB drive, SD card, external hard drive to FAT32? Four ways are here.

Step 3: Connect the FAT32 drive to your PS3 console and then back up all your favorite or important data.

Then, you can perform PS3 hard drive replacement as the following contents.

Step 1: Turn off the PS3 and the system. Then, remove the plug for the power cord from the electrical outlet, and then detach the other cables from the system.

Step 2: Remove the HDD bay on the system.

Step 3: Use a crosshead screwdriver to remove the screws (4 places) and then lift one end and slide the hard disk out to remove it from the metal frame.

Step 4: Mount the PS3 replacement hard disk into the metal frame and install it back in the system. Then, reattach the blue screw and the HDD bay cover.

After the PS3 hard drive replacement, you should reinstall the PS3 system as follows:

PS4 can't read USB storage drive when plugging a USB flash drive to PlayStation 4? This post will provide you with solutions for 2 cases.

After the PS3 system is reinstalled, you can restore your PS3 data. Please refer to the following steps:

Step 1: Connect the drive containing the backup data to the PS3 console.

Tip: After performing the PS3 hard drive upgrade, the original PS3 hard drive will be useless. But if you don't want to waste it, you can use it on PC and store some "cold" data. To do that, you should reformat it. Please refer to this post: Two Ways to Reformat PS4 Drive for Windows PC.

How big of a HDD can I put in a PS3?
You should make sure it's a 2.5-inch drive of 9.5mm height or less. As for capacity, it seems that the max capacity supported by PS3 is 1TB.
What hard drives are compatible with PS3?
As long as the hard drive has a SATA interface and its thickness is not more than 9.5mm, insert this drive into PS3 and it will be formatted to be compatible with your PS3 console.
Can you put a SSD in a PS3?
Of course you can install an SSD in your PS3, as long as its interface is SATA and its thickness is not more than 9.5 mm. However, I don't recommend you do that, because the interface of PS3 is SATA I, which cannot fully take advantage of SSD. And this is why I mainly recommend PS3 HDDs in this post.
Can PS3 read exFAT external hard drive?
PS3 only support FAT32, so it can't read exFAT.
Best SSDs for PS4 and How to Upgrade to PS4 SSD

This post recommends 4 suitable PS4 SSDs to you and shows you how to upgrade PS4 to SSD without data loss.

Here is a post recommending PS3 hard drives and offering you a detailed guide on how to upgrade PS3 hard drive. I think it can answer almost all your doubts.Click to Tweet

If you have any question, please leave a comment below or contact us via [email protected]. We will reply to you as soon as possible.