Tip 1: Learn the Basics of the Map and Positions

One of the League of Legends tips you should know is to learn the basics of the map and positions especially if you are a beginner. After learning these basics, you can tell the specific position to your teammates. The map of League of Legends consists of three lanes including top, middle, and bottom.

The area in-between the lanes is the jungle. And team bases usually are located at the bottom left and upper right corners of the map. Your position in the team often is decided by both the champion and the specific part of the map where you select to begin the game.

Hotkeys can save your time in League of Legends and even make the difference between winning and losing the battle. The frequently used hotkeys are listed as follows. 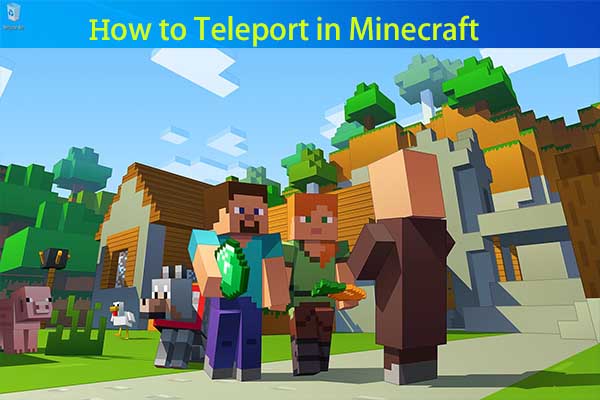 How to teleport in Minecraft? This post would show you how and offer you some Minecraft teleport commands. Read the post for more details.

Tip 3: Recognize the Strong and Weak Side

You can choose one side to play around. Generally speaking, every team has one winning lane at least. For instance, if your Botlane looks something like Jinx + Janna, while the Toplane is a Darius vs. Singled, you should know which object to pay attention to in the early time.

The strong and the weak sides can switch during the gaming process, which depends on what power-spikes specific champions have or how many kills a laning ally gets.

Also read: How Much Storage Does the PS5 Have & How to Increase Space

Lane swaps have two different functions now. The firs one is to escape a horrid match up, while the second one is to lane swap Top and Bot after taking a vital objective like the first turret or dragon.

Since Midlane and Toplane are interchangeable, lane swaps are often used for them. When you get baited and out smarted in champion selection, you need to swap with your Mid/Top. In the case that the Botlane is strong and there without objectives near them, using their power to take down the Toplane turrets or Shelly itself.

If Midlane and Toplane move either too slowly or quickly, you can get caught by invades. There are only four entry points to the jungle, where you should be standing.

Shelly has its biggest impact when taking a turret. If she bumps into it and the turret still stands, you basically waste her 10 minutes later. There are some ways to correctly use the Rift Herald.

Think of your minion waves as moving shields that save you from taking damage from enemy turrets and minions. Whenever there are friendly minions nearby, you should let them go into battle before you so that they can soak up damage while focusing on using abilities and hitting specific targets. In a word, this is one of advanced League of Legends tips.

If you want to have a great game experience, you can choose an all in one gaming PC. Here, several best all-in-one computers will be discussed.

If you want to boost the performance in League of Legends, you need to ensure that your PC is up to date. To be specific, get a fast graphics card and CPU because they’ll be doing most of the hard work. Besides, obtain a very fast SSD rather than a regular hard drive.