This article will talk something about how to pick up an SD card for Nintendo switch. If you need a Nintendo Switch SD card and don't know how to choose, this post from MiniTool can help you.

However, the biggest defect of Nintendo Switch is that it has only 32GB of onboard storage space. What does this mean? It means that Storage will soon become a problem, as a large number of fantastic games in the eShop can be downloaded directly to your Switch. If you need more space on the Switch, you have to expand the storage space with MicroSD card.

At this time, that how to choose a SD card really masters, as no one want to buy a SD card with inferior performance or incompatible specifications.

Here are some aspects you should consider if you want to purchase a Nintendo Switch SD card. If you don't have much knowledge on how to pick a SD card for Nintendo Switch, you can check out the following contents.

Nintendo Switch SD card slot supports MicroSD card MicroSDHC card and MicroSDXC card. But since the capacity of MicroSD card is below 4GB, which makes no sense on expanding storage space on game console, many users will not consider it. And the differences between the latter two types of Nintendo Switch MicroSD card lies in the storage limits.

It sounds that 32GB of added storage via MicroSDHC may be enough for you, but for those who plan to use the eShop, MicroSDHC card is not the best choice.

To learn more information about the differences between the MicroSDHC card and MicroSDXC card, you may check out this post.

SDHC VS. SDXC - Which One Is Better for You?

This article introduces the differences between SDHC and SDXC first, and then offers a detailed introduction about how to format one of these two SD cards.

After knowing which kind of SD card you need, you may consider the storage space. If you don't which size of Nintendo Switch SD card to purchase, here are some guidelines for you.

Apart from storage, speed is also vital when you choose a Nintendo Switch SD card. Speed classes are assigned a grade — 2, 4, 6, or 10. Class 2 means a baseline speed of 2MB/s, a 4 means 4MB/s, and so on. Which grade of SD card do you need? Or the faster, the better?

It is worth noting that if you find a MicroSDXC card with a UHS Speed Class, then you don't need to worry about its speed.

Nintendo Switch supports cards that are UHS-1-compatible and the transfer speed between 60 and 95 MB/sec is recommended. 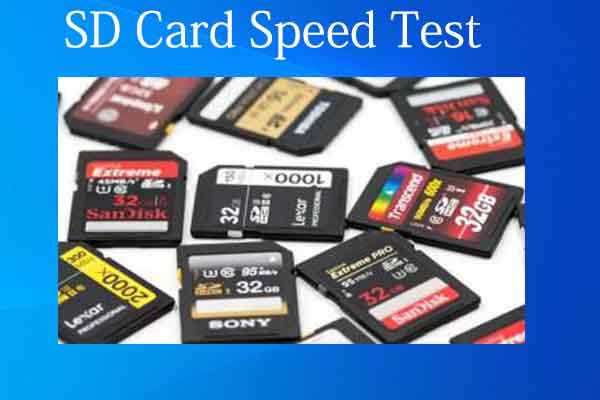 If you need to expand the storage space on Nintendo Switch, you can follow the guide to pick up the best SD card for Nintendo Switch in 2019. Hope this post helps you.