Do you want to play Elden Ring on PC? This post from MiniTool Partition Wizard introduces Elden Ring PC requirements, prices, editions, and performance improvement tips. You can have a try.

What Is Elden Ring?

Elden Ring is an action role-playing game developed by FromSoftware and published by Bandai Namco Entertainment on February 25, 2022, for PlayStation 4, PlayStation 5, Windows, Xbox One, and Xbox Series X/S.

At the start of the game, the player chooses a character class, which determines their starting spells, equipment, and attributes. Then, players can freely explore the open world using the player character's steed Torrent as the primary mode of transportation.

This game received popular praise and became the second-best-selling game of 2022 in the US after Call of Duty: Modern Warfare II and the tenth best-selling in Europe and Japan. 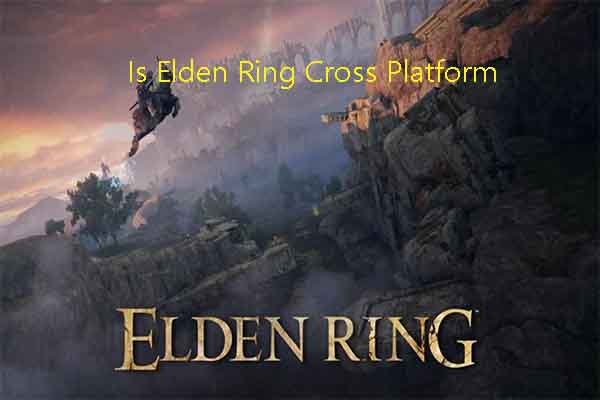 Is Elden Ring on PC and Steam?

Is Elden Ring on PC? As you can see, the Elden Ring platforms include Windows. You can play this game on a Windows PC.

Is Elden Ring on Steam? Steam is one of the largest PC game distribution platforms. Many people will purchase games on this platform. Fortunately, Elden Ring is on Steam. You can purchase Elden Ring from Steam or its official website.

Is Elden Ring on Game Pass?

Xbox Game Pass is a service launched by Microsoft to play games through a monthly payment. After paying a certain amount of money every month, users can play all the games in the Xbox Game Pass game library, and Microsoft will also add games to this library.

In August 2022, Game Pass Counter spotted that Elden Ring was in line to become the next all-star of Game Pass. But later on, Microsoft released a short statement claiming that it was an error on their part, and that a patch has been rolled out to cover up its existence on the storefront. Therefore, Elden Ring is not on Game Pass still.

Will Elden Ring be on Xbox Game Pass? It isn’t going to happen anytime soon as long as the game continues to sell well.

Elden Ring has 5 editions: Standard, Deluxe, Launch, Collector, and Premium. Their differences are shown in the following chart:

Tips:
Are You Bothered by Elden Ring Crashing on PC? Here Are 10 Fixes

Some players reported that they encounter Elden Ring crashing on startup. Why does the problem happen? How to solve it? This post can help.

Check your PC specs to see whether it meets the Elden Ring PC requirements. If it doesn’t, here are solutions.

If your PC doesn’t have enough free space, you can use MiniTool Partition Wizard to extend the partition. Here is the guide:

Step 2: Choose another partition to take up space. Drag the blue button to determine how much space you want to take. Then, click the OK button.

Step 3: Click the Apply button to execute the pending operation.

How to Play Elden Ring on PC

First, you should download Elden Ring for PC. Then, you can use a controller or the keyboard and mouse to play Elden Ring on PC.

Elden Ring PC lets you use the keyboard and mouse to play the game by default. You need to remember the function of some commonly-used keys. This will improve your gaming experience greatly.

In the event you don’t like the standard control formats, you can customize each button. Here is the way:

How to play Elden Ring on PC via a controller

You can play Elden Ring on PC with an Xbox or PS4/PS5 controller. You just need to do as follows:

How to Fix Elden Ring Controller Not Working on PC?

To improve Elden Ring PC performance, you can go to System > Graphics > Advanced Settings to adjust the following items:

Here is a post introducing Elden Ring PC release date, platforms, price, editions, requirements, and control and graphics settings. You can read this post to know more about Elden Ring PC.Click to Tweet

Is this post useful to you? Do you know other information about Elden Ring PC? You can share them with us in the following comment zone. In addition, if you encounter problems when using MiniTool Partition Wizard, please feel free to contact us via [email protected]. We will get back to you as soon as possible.