For game lovers, Xbox Game Bar is one of the greatest features of Windows 10/11. It gives users instant access to widgets for screen recording and sharing. It also allows users to chat with fellow gamers across PC, Xbox console, and mobile.

However, before using this feature, you need to make sure the Xbox Game Bar is enabled on Windows 10/11. Here’s how to enable it:

Step 1. Press Win + I keys to open the Settings window, and then click on Gaming.

Step 2. In the Game bar section, make sure the Record gaming clips, screenshots, and broadcast using Game bar option is Turned on.

How to Use Xbox Game Bar Shortcuts on Windows 10/11

You can press Win + G keys together to open the Xbox Game Bar recording whatever task you are doing now, playing a game, chatting, listening, writing, reading, etc.

You can press Win + Alt + G keys to record the last moments of your playing. You can change the amount of time recorded in Xbox Game Bar > Settings.

You can press Win + Alt + R keys to start or end the screen recording.

You can press Win + Alt + M keys to turn on/off the microphone while playing the game.

You can press Win + Alt + W keys to show camera in the broadcast.

How to Fix If Xbox Game Bar Shortcut Not Working

However, many users encounter the Xbox Game Bar shortcut not working issue when playing the game. If you are also troubled by this problem, here are some common solutions that you can try.

# 1. Check If the Xbox Game Bar Is Enabled

First of all, you need to make sure that the Game Bar feature is enabled on Windows 10/11. To do so, you can navigate to Settings > Gaming > Game Bar and then enable the Record gaming clips, screenshots, and broadcast using Game bar option.

You can try enabling the Game Bar option via Registry Editor. Here’s a tutorial.

Step 1. Press Win + R keys to open the Run dialog box, and then type regedit in it and hit Enter.

Step 2. In the Registry Editor window, locate the following entry key from the left navigation bar.

Step 3. With the GameDVR key selected from the left pane, double click the AppCaptureEnabled DWORD and change its Value data to 1 and click on OK.

Step 4. Now, navigate to the following path, right-click the GameDVR_Enabled DWORD and change its Value data to 1, and save the change.

Step 5. Exit Registry Editor and restart your system to check if the Xbox Game Bar shortcut not working issue gets solved. If the problem persists, you may consider resetting or reinstalling the Xbox app on Windows 10/11.

Do you want to manage your partition and disk on Windows effectively? MiniTool Partition Wizard is a good choice that can help you extend/resize/delete partition, convert a disk to MBR/GPT, migrate OS, etc. Besides, it can help fix various problems such as C drive full, and corrupt file system. Perhaps you need such a tool. 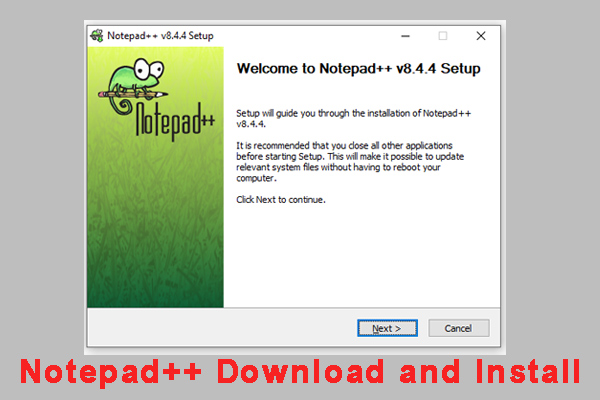 Where to find the Notepad++ download package? How to install Notepad++ for Windows 10/8/7 PCs? Now, this post will explain all these questions in detail.