The following content mainly talks about whether there is an external CPU for laptops on the market or not as well as the reason. And, it also discusses the possibility of an external CPU processor. You can learn more about the central processing unit on Partition Wizard.

What Is an External CPU?

An external CPU is a central processor outside the main computer. It should be able to be attached to the computer via specific connections like USB cables.

Is There External CPU for Laptop?

Some computer users may use their laptops much for making videos, editing images or recording songs. Usually, their notebooks will run slow under those situations. Therefore, some people would like to build another advanced fast desktop, while others wondering whether they can add additional CPU processors to their current machine or not.

Just like external hard drives or external GPU (graphics processing unit), they are thinking of external CPUs that can be connected to the main computer; together with the internal CPU, the extra CPU can help to increase the performance of the machine.

Unfortunately, until now, there is no external CPU booster designed for coworking with laptops. 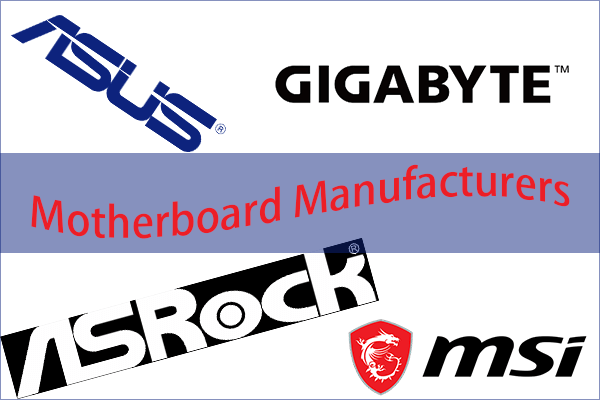 This article gives a list of common motherboard manufacturers all over the world and introduces 4 biggest ones including ASRock, ASUS, Gigabyte and MSI.

Why There Isn’t External CPU for Laptop?

A common laptop already has a built-in CPU and it can only work on a single CPU at the same time.

Besides, with the way personal computers function, there's no way to achieve that. A working CPU must transfer data with the other internal components on the motherboard (e.g. RAM chips) directly through data buses with comparatively massive bandwidth. There is not such a way to get those processes done with an external CPU.

And, there is usually only one CPU socket or CPU slot on the motherboard. So, dual CPU is also impossible. Moreover, for many modern advanced laptops, you can’t even update the old CPU with a new one, for the upgrading process needs an extremely careful operation that can’t be complete by common users.

Moreover, the normal CPU is installed on a socket that is specialized for CPU and specially attached to the motherboard. It is not flexible for a processor to operate elsewhere.

All in all, the question itself is somehow ridiculous.

20 Main Motherboard Components and Their Functions

This article lists 20 motherboard components as well as briefly introduces their functions.

Is External CPU Possible in the Future?

Just like the above said, a CPU need to communicate with other internal equipment on the computer. To do that, CPUs are always attached to the motherboard via a special connection slot. To make an external CPU work on the same board, theoretically, you may extend the connections from the motherboard to some external device. Then, insert the external processor on the external device. Thus, it is possible to make use of an external processor for laptop in the future.

Anyhow, you have figure out that currently, you can’t rely on external CPU to improve the performance of your computers. And, wish you can in the future. If you still have questions about external CPU for laptop, feel free to contact us either by commenting in the below part or by emailing us at [email protected]. We will get back to you as soon as possible.