Game consoles are vital for game play. Among various game consoles, Xbox and PS5 are strongly discussed. Xbox Series X vs PS5: which one is better? MiniTool would focus on this question and explore the answer.

Both Xbox Series X and PS5 are game consoles released recently. They have high frame rates, powerful processors and fast SSDs. Given that fact, plenty of gamers don’t know which to buy.

Tip: The PS5 comes with PS5 Standard and PS5 digital editions. You can refer to this guide to get a suitable one: PS5 VS PS5 Digital: Which One Is Better for Game Playing

PS5 vs Xbox Series X: which one is better? In this post, we compare the two game consoles from several aspects helping you make a wise choice.

Note: Both companies are still solving hardware shortages and shipping issues so that they can meet the market demand.

Here, we list Xbox Series X vs PS5 specs in the table below. In this way, you can learn specs differences between the two game consoles quickly.

Xbox Series X vs PS5 on dimension: what’s the difference? The Xbox Series X console has a dimension of 30 x 15 x 15cm, weighting at 4.45kg. It works with a 130mm fan that can draw air up through vents in the bottom and send hot air out through outlets at the top.

Note: Compared with previous generations of Xbox, the Xbox Series X console has no HDMI input or optical output.

The PS5 is obviously taller (39cm vs 30cm) than Xbox Series X, but it’s slimmer (14cm vs 15cm). You can lay PS5 console horizontally as you like. But if you have limited space in the equipment racks, the size of PS5 can be an issue.

Likewise, the PS5 also utilizes a single fan to cool down itself. Different from the Xbox Series X, its sound is obvious in a quiet room. But it can be drowned out by the sound of your TV or other devices.

Also read: How Much Storage Does the PS5 Have & How to Increase Space

Xbox Series X offers games including Dirt 5, Yakuza: Like a Dragon, and Viking-themed Assassin’s Creed Valhalla since from its release. Besides, games like Vampire: the Masquerade – Bloodlines 2, The Medium, and others are added to the list of Xbox Series X games.

The PS5 comes with Astro’s Playroom. In addition, it also contains enticing exclusives like Marvel’s Spider-Man: Miles Morales and Demon’s Souls. Final Fantasy 16 is also confirmed to be a PS5 exclusive. Later on, more and more games will be available on PS5. 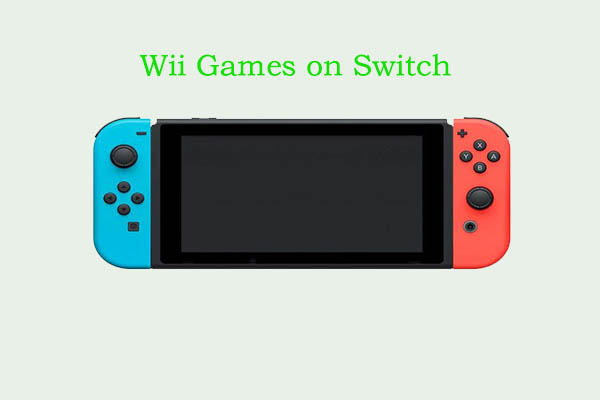 The controller is also important for game experience. As for PS5, the DualSense controller is the most exciting element of the PS5. It replaces the DualShock 4’s rumble technology with haptic feedback. The new technology can simulate all sorts of subtle vibrations in the hand.

Besides, it allows developers to tune the sensations players experience. The DualSense controller also contains adaptive triggers feature. With it, you can fell the tension of pulling back the string of a bow or the kickback of a gun. The controller includes a headphone jack and the embedded microphone.

Tip: Sony has announced that the old DualShock 4 controller won’t work with new PS5 exclusive games, but it can work with PS4 games on the console because of backwards compatibility.

The Xbox Series X controller includes new features like the dedicated share button and textured bumpers and triggers. It works as the Xbox One controller. In a word, it is not as innovative as the DualSense controller.

Top 5 Methods to Fix the PS4 Controller Not Charging Problem

A lot of people are troubled by the PS4 controller not charging issue. If you are also trying to resolve it, you can obtain several effective fixes from here.

According to (Sony Interactive Entertainment (SIE) CEO, more than 10 million PS5 consoles have been sold out until July 18, 2021. As for Xbox Series X, the Xbox team doesn’t disclose the exact hardware sales. But its CEO stated that Xbox Series S and X are the fastest selling consoles in their company.

Besides, he also reported that the company’s overall gaming revenue increased $357 million dollars compared with the latest financial quarter of last year. Since the release of the PS5 and Xbox Series X, the PS5 has been in the lead position. But the gap doesn’t appear to have widened obviously.

The PS5 outsold the Xbox Series X/S consistently. Whether this situation changes depends on their popularity. PS5 vs Xbox Series X sales also help you learn the two consoles.

This post summarizes several best TVs for PS5 and Xbox Series X consoles and shows you how to connect a game console to a TV.