Xbox One X/S vs Xbox Series X/S: which to pick? It is not an easy question. They are popular game consoles. In this article, MiniTool Partition Wizard would focus on this question and explorer the answer.

Xbox One vs Xbox Series: Specs

Here, we list Xbox One vs Xbox Series X/S specs in the table below. In this way, you can learn the specs differences between the two game consoles quickly.

Xbox One vs Xbox Series: Game

Since Xbox Series X and Xbox Series S consoles are fully backward compatible, you can play the exact same games on them. However, those games look better on the Xbox Series X.

Both consoles are compatible with Xbox One, Xbox 360, and original Xbox games. You should note, though, that physical copies of the game won't work on the Xbox Series S due to the lack of a disc drive.

How to Stream Xbox Series X|S to PC [Full Guide]

Xbox One vs Xbox Series: Design

Xbox One vs Xbox Series: Price

In terms of Xbox One vs Xbox Series, many people care about their prices.

The Xbox One X retails for $400, but prices are often lower during sales. The Xbox One S starter kit costs about $300 and includes three months of Xbox Game Pass, which lets you play a variety of games without having to buy them outright.

The Xbox Series S is $300, while the Series X is $500. Prices vary from country to country, but the difference is similar.

Is it worth upgrading to Xbox Series X? The Xbox Series X is definitely worth the upgrade. Its enticing technical specs, improved graphics, and new features make it an exciting prospect. Xbox Series X not only offers gamers a future but also backward compatibility and free upgrades for Xbox Game Pass subscribers. 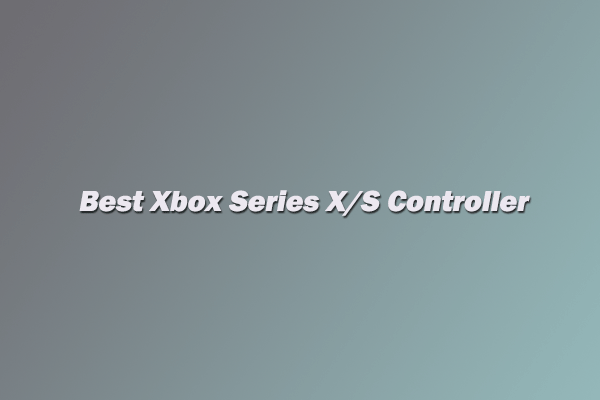 The Best Xbox Series X/S Controller | Pick Up One

Are you searching for the best controller for Xbox Series X/S? In this article, we introduce the 5 best Xbox Series X controllers to you that are worth buying.

Xbox One vs Xbox Series: what’s the difference? In conclusion, the above content introduces you the information and you can make a choice to choose the better one. Hope it helps you. If you have any questions or suggestions, please leave them in the following comment zone.