Xbox backwards compatibility works via an on-board Xbox 360 emulator. When you load an Xbox 360 game on Xbox One, you are loading up an emulated Xbox 360 actually.

The Xbox backwards compatibility has the following features. 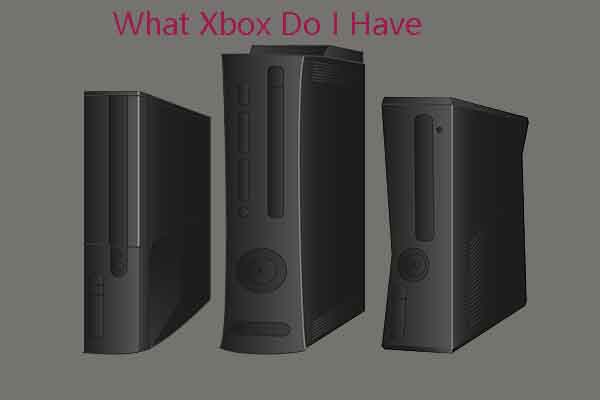 What Xbox Do I Have? Check the Console ID & Serial/Model Number

What Xbox do I have? How to tell which Xbox One do I have? If you are bothered by these questions too, read this post now to find your Xbox version!

These games are enhanced for Xbox One X and the Series X|S, so you will get a better frame rate and resolution while playing them on those consoles. Parts of backward-compatible Xbox 360 games are listed as follows.

There are 61 original Xbox games on the Xbox One backwards compatibility list. Here we only list some of them.

On November 15, 2021, Microsoft released 76 titles to the Xbox One backwards compatibility list as part of Xbox’s 20th anniversary celebrations. They were confirmed to be the last backwards-compatible games to be introduced on later Xbox consoles.

Can You Play Xbox One Games on Xbox Series X|S

Learning from the above content, you can see that Xbox 360 and original Xbox games can be played on Xbox One and Xbox Series X|S consoles. In this section, we discuss the topic - can you play Xbox One games on Xbox Series X|S, which is heatedly talked about.

Well, the good news is that most Xbox One games are playable on Xbox Series X|S. You can play all Xbox One games (both physical and digital games) on Xbox Series X. The best version of the game can be automatically downloaded via Smart Delivery. As for Xbox Series S, disc-based games aren’t compatible with it. Hence, there’s no way at all of running games from discs on the Series S console.

Can You Play PS5 Games on PS4? Yes, There Are Two Methods

Can You Play Xbox Series X Games on Xbox One

Smart Delivery allows for up and down compatibility across these Xbox systems. Besides, it ensures that each game is being played at its best version for whatever console is being used.

Bonus Tip: If you are looking for a partition manager for your Windows PC, MiniTool Partition Wizard is strongly recommended. It helps you create/format/extend/move/resize/delete/wipe/copy partitions, migrate OS to SSD/HDD, convert FAT to NTFS and vice versa, etc.