Have you ever encountered error code 2-0x0000c015 when playing the online tactical shooter video game Rainbow Six Siege? How to fix the connection failed error? This post from MiniTool will show you some effective solutions.

Well how to fix the game connection issue? After analyzing several posts on how to fix the Rainbow Six Siege error code 2-0x0000c015 connection failure error, here I have summarized some effective solutions. You can try them one by one.

Some third-party antivirus programs may interrupt with connections that are established with your system, which usually leads to some problems like Rainbow Six Siege error code 2-0x0000c015.

Step 2. Then you will see all the installed programs on your computer. Scroll down to find the antivirus software you want to delete and right-click on it to choose Uninstall.

Step 3. Follow the on-screen prompts to finish the uninstallation.

After you have uninstalling the antivirus software, check to see if the Rainbow Six Siege error code 2-0x0000c015 connection failure error gets fixed.

How to Uninstall Programs on Windows 10? Here Are Methods

Uninstalling unnecessary programs or apps is one of the most common and important tasks that all computer users need to do. Here is a guide to remove them.

By using a robust DNS server for your network instead of the default one controlled by your Internet Service Provider, you should be able to fix the Rainbow Six Siege error code 2-0x0000c015 connection issue.

there are various public DNS servers that you can use. And the DNS server provided by Cloudflare is a recommended one for its privacy and robust features. If you want to have a try, you can change your DNS server to this one, the Cloudflare’s IP address is 1.1.1.1.

You can follow the steps in this post to change DNS server on Windows: How To Change DNS On Windows 10: 3 Ways Available [MiniTool News]

The improper network configuration is a major reason for Rainbow Six Siege error code 2-0x0000c015 connection failure error. and it is usually associated with your DNS settings. In this case, you’d better flush your DNS and see if this can fix the connection issue.

If you don't know to flush your DNS settings, follow the steps below:

Step 1. Press the Windows log key and R key on the keyboard to bring up the Run dialogue box.

Step 2. Type cmd and then press Ctrl + Shift + Enter keys together to open up the Command Prompt with administrator privileges.

Step 4. After the command is executed successfully, you can close the Command Prompt window.

Head to your game and see if the issue is still there. 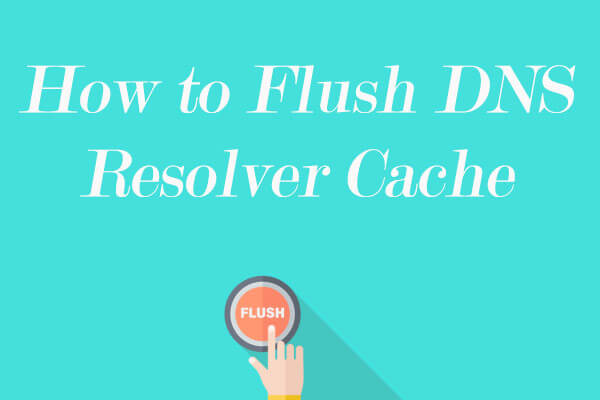 This article aims to introduce how to flush DNS resolver cache in Windows 10/8.1/7. Besides, some other questions about DNS will be answered here.