In this post, MiniTool Partition Wizard provides detailed information on MS Forms vs Google Forms. If you are hesitant about which one to choose, you can read this post and learn about the differences between the two Forms. That may help you know which one to use.

Microsoft Forms, part of Office 365, was released by Microsoft in 2016. While Google Forms is a free online tool that was developed by Google in 2008. Both two services are popular online survey creators that can help you create forms, such as surveys, quizzes, polls, and so on.

Although the two platforms have many features in common with each other, they also differ in some ways. In this post, we compare them from multiple aspects to explore the differences between them and find out which one is better.

When launching each service, you can obviously find their interfaces are different. The interface of Google Forms includes essential features with clear instructions, which may help find what you need with ease. While the interface of Microsoft Forms looks modern and neat. It’s attractive but lacks certain necessary options. If you are a new user, you may get confused.

Therefore, when it comes to Google Forms vs Microsoft Forms interface, Google Forms wins in terms of accessibility.

While creating a form, chances are you want to add questions and answers. Therefore, the option types are also an important part we should know. In Microsoft Forms, only six question & answer types that you can choose. But in Google Forms, there are a lot of options available, like linear scale, checkboxes, text-based, etc.

So, if you need to add questions and answers to your form, it’s better to choose Google Forms.

In some cases, you may need to add some files to your form. As a result, it’s convenient for you to use a form creator with this feature. Fortunately, Google Forms developed this feature in 2016. However, Microsoft Forms doesn’t support you to upload files yet.

So, if you are one of those who need to submit forms with files, it’s better to choose Google Forms.

The two platforms both allow you to share a form by email or the form’s link. Besides, you can also embed a form on a webpage with the two programs. The difference between the two services while sharing forms is that you can use a QR code to share forms in Microsoft Forms.

In the case of Microsoft Forms vs Google Forms collaboration, they also differ from each other. You can directly invite others to work together by entering their email addresses for free in Google Forms. On the other hand, you can only add collaborators after becoming a subscriber in MS Forms.

Do you know how to share a Google Doc with your friend, colleague, or group? In this post, you can get a step-by-step tutorial. Don’t hesitate to have a try.

After reading this post, you attain more information on Google Forms vs MS Forms and may know which one to choose according to your needs.

If you are looking for some helpful tools to manage your disks and partitions on your Windows PC, MiniTool Partition Wizard is worth trying. It’s an all-in-one partition management program. To learn more about this program, you can visit its official website. 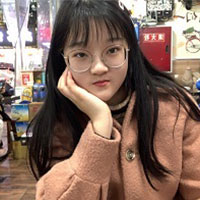 Yamila is a fan of computer science. She can solve many common issues for computer users by writing articles with simple and clear words. The very aspect that she is good at is partition management including create partition, format partition, copy disk and so on.

When she is free, she enjoys reading, doing some excerpts, listening to music and playing games.