Call of Duty Modern Warfare is a widely popular battle royal video game released for Windows PC, PlayStation 4/5, and Xbox One. It is also well known as a multiplayer game that allows you to play with others from around the globe.

It is simple to play split screen Modern Warfare PS4/Xbox One with your friends. All things you need to do is to make sure that you get 2 controllers paired up and follow the steps below to operate:

Step 1. Connect the second controller to your PS4/Xbox One system.

Step 2. Launch the COD Modern Warfare game and navigate to the Campaign menu.

Step 3. When the second controller is connected successfully, it will prompt you to connect in-game.

Step 4. To join the Modern Warfare multiplayer game, all you need to do is to press the A or X button on the second controller depending on what system (PS4 or Xbox One) you are on.

Step 5. The second player will prompt to sign in to an Activision account to start playing the COD Modern Warfare split screen. Once done, you should be free to play co-op with a friend.

Note: Bear in mind that an Activision account is mandatory if you want to play co-op with your friends. Make sure that your friend logs in to the account once you enable the split screen Modern Warfare PS4/Xbox One for the first time.

However, many players experienced the Modern Warfare split screen option missing issue. Don’t worry. There are 2 common solutions to the problem. Let’s have a try.

The split screen not working issue can be triggered by a temporary cache. In this case, you can fix it by power cycling your console. Here’s how:

--image from the playstation.com

If the COD Modern Warfare split screen not working issue still occurs, you can try performing a factory reset of your console. Since this operation will delete all files from the console, we highly recommend making a full backup of your data. 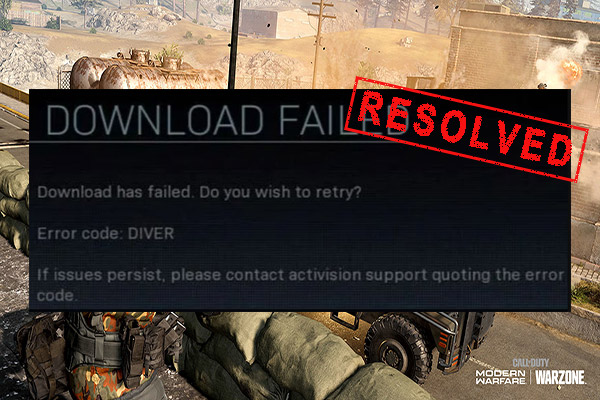