Microsoft Office 2013 ends support very soon. In this post, MiniTool tells you when Office 2013 end of life, what does it mean, and how to do after it gets expired. To get the detailed information, read the post now!

Office 2013, launched in January 2013, added many new features based on the previous Office versions. For instance, it introduced Microsoft’s Click-To-Run 2.0 technologies to make it more cloud-based. Moreover, it supported Open Document Format and Office Open XML, so you have the chance of saving documents to OneDrive directly.

However, Office 2013 will expire someday. Microsoft has confirmed that Office 2013 is no longer supported for connecting to Microsoft 365 services including its Exchange online service since October 2020. It means that Microsoft is ending support for Office 2013 gradually. When Office 2013 ends support? Please keep reading.

Ghost of Tsushima Legend Mode: What Is It and How to Access

What is Legends Mode in Ghost of Tsushima? This post would explain it in detail. In addition, it shows you how to access Legend Mode of Tsushima.

The Fixed Lifecycle Policy applies to many commercial and some consumer products that are available through retail purchase and volume licensing. It offers the following services.

The picture below shows you that Microsoft is ending support for Office 2013 on April 11, 2023 (extended end date).

The picture below displays the start date and end date of two releases of Office 2013.

As you see from the above picture, Microsoft Office 2013 has Mainstream End Date and Extended End Date. What are they? Every Office version receives several years of “Mainstream Support” after it’s released. During that period, Microsoft keeps updating that version and adds new features. 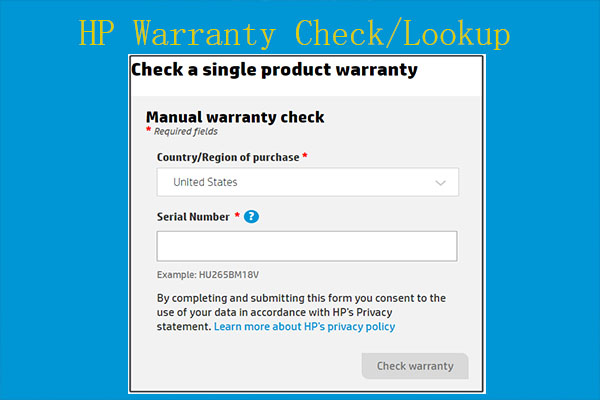 If you want to have a HP warranty check, you come to a right place. This post shows you how to perform a HP warranty lookup for single or multiple products.

What Does Office 2013 End of Life Mean

Then you will experience more and more security risks while using Office 2013. What’s worse, you may suffer from performance or reliability issues when you connect to Microsoft 365 via an Office 2013 client.

Apple Serial Number Lookup | How to Check If AirPods Are Real

What to Do After Office 2013 Ends of life

Though retail copies of Microsoft Office can still be bought, more and more businesses prefer to purchase Microsoft Office via the Office 365 subscription. The latter takes the advantage of allowing for the latest version of Office to be installed.

Therefore, if you subscribed Office 365, you can upgrade to the newer version after Office 2013 end of life. You can still keep Office 2013 on your computer as long as you feel good about the increasing number of security risks.

According to the post, Office 2013 will expire on April 11, 2023. Think twice before the date reaches and make a choice.