A screw is a kind of fastener, which was typically made of metal and was characterized by a helical ridge (female thread/internal thread). It is used to fasten materials by engaging the screw thread with a similar female thread (internal thread) in the matching part.

Screws are often self-threading or self-tapping. When the thread cuts into the material when the screw is turned, it creates an internal thread that helps put fastened materials together while avoiding pull-out. Besides metal screws, there are also wooden and plastic screws.

Tip: A bolt has a similar shape, function, and fastening mechanism to a screw.

What Are Hard Drive Screws?

Here, hard drive screws usually refer to screws for fastening physical hard disk drives onto the computer host cases. Or, they can also be used to fasten the inner components of a hard disk into drive cases. 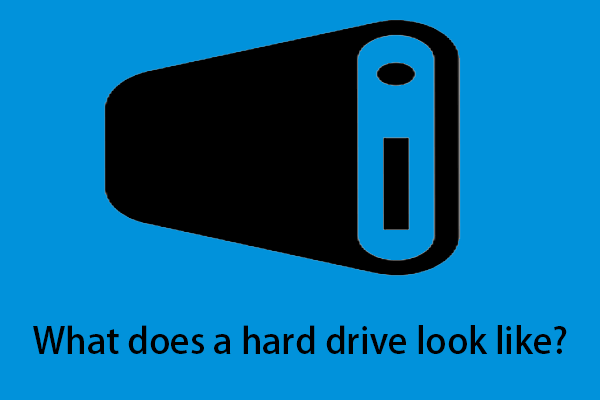 There are thread standards define preferred size combinations that are based on generic units, some on the inch while others on the millimeter (mm). Those standards include the Unified Thread Standard (UTS) originating from the United States and the world-standardized ISO metric screw thread.

The #6-32 UNC hard drive screw is a UTS screw. It specifies a major thread diameter of #6, which is defined as 3.51 mm (0.1380 inches) and 32 threads per inch (tpi) that is equal to a thread pitch of 0.7938 millimeters (0.031250 in). The optional UNC specification shows that the standard coarse thread is used, which is defined for #6 screws, as 32 tpi rendering “UNC” redundant. Yet, it may be seen when other specifications (plating or other treatments) are also specified.

This article will show you how to choose the size for your hard drive size. If you want to find out how big a hard drive you really need, check out this post.

The #6-32 UNC hard drive screws are used for the below purposes:

The M3 hard drive screw is a metric screw specifying a nominal diameter of 0.12 inches (3.00 mm). Its standard coarse thread pitch is defined as 1/50 in (0.20 inches, 0.5 mm). The M3 screw is the second most popular screw used in computers. Its sizes range from 1 to 20 millimeters in length. The following are the common functions of M3 SSD screws:

This post provides a step-by-step guide on how to install a second hard drive in the laptop and desktop PC.

Also, the integrated flange of a #6-32 UNC hard drive screw offers greater holding strength with less risk of pull through; the hex head makes it easier to work with during assembly with powered torque screwdrivers.

While the M3 hard drive screw is a thinner screw with finer thread than a #6-32 UNC screw. This makes it more appropriate for securing into smaller case components and thinner materials, which requires good strength in a limited space. The size and fine thread of an M3 screw make it suitable for situations where a #6-32 UNC hard drive screw would be too large.